It was only the second ever Russian-made rocket, weighing 2.2 tons and launched with military or (at most) join industrial/military purposes; the launch was made from the European Space Agency. 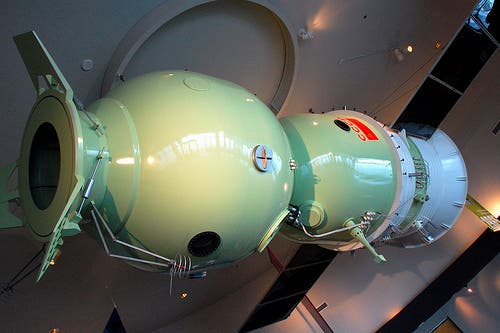 Surprisingly enough, it was financed by France’s defence ministry, and built with Italian-French joint venture Thales Alenia Space, costing almost 1 billion dollars. The satellite will also deploy four other smaller satellites which will work for the French military, intended as a novel way to detect radars all the way from outer space, through their electromagnetic signature.

Soyuz is a Cold War veteran of space whose lineage can be traced back to 1957 with Sputnik, the first satellite, and to the first manned flight, by Yuri Gagarin, in 1961.