In a dazzling new photo delivered by NASA’s Cassini spacecraft, Saturn can be admired in new black and white perspective, as its southern reaches are draped in the shadow of the huge planet’s rings. 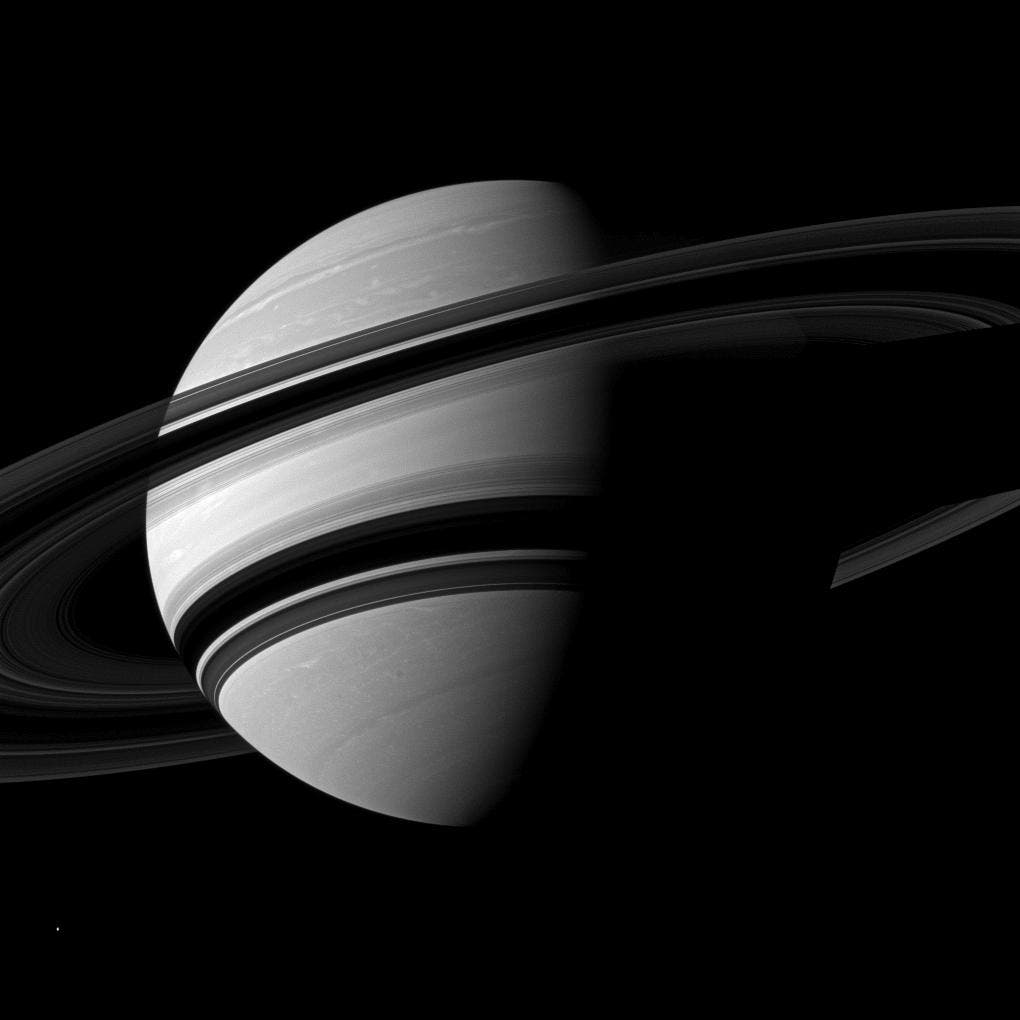 The near-infrared photo was snapped on June 15 by the Cassini probe, a spacecraft launched in 1997 part of an international collaborative effort and which since its arrival in 2004 has been surveying Saturn and its satellites. At the time of the photo being taken, Cassini  was about 1.8 million miles (2.9 million kilometers) from Saturn at the time. The image scale is 11 miles (17 km) per pixel.

The small dot on the far left corner lies the moon Enceladus.