For the first time, astronomers have discovered a planetary ring system outside the solar system - and it's one of enormous proportions - 200 times bigger than Saturn's rings.

by Dragos Mitrica
in Astronomy, News, Space
Reading Time: 3 mins read
A A
Share on FacebookShare on TwitterSubmit to Reddit

For the first time, astronomers have discovered a planetary ring system outside our solar system – and it’s one of enormous proportions: 200 times bigger than Saturn’s rings.

Saturn’s rings consist of small particles, ranging in size from micrometres to metres. These particles consist almost entirely of frozen water, with only small traces of rocks. We still don’t know exactly how they formed, nor when they formed. With an estimated local thickness of as little as 10 metres and as much as 1 kilometre, the rings have fascinated both astronomers and the general public for centuries.

But as spectacular as Saturn’s rings are, the ones of exoplanet J1407b are even more magnificent. The young, giant planet was actually discovered back in 2012, but back then, scientists had no way of knowing just how big its rings are. Now, they’ve teamed up with Matthew Kenworthy at Leiden Observatory in the Netherlands and his team to analyze the planet and understand the real size of the rings.

As it turns out, each ring is tens of millions of kilometres in diameter, and the gaps between them suggest that whole satellites – or ‘exomoons’ – have formed there, just like in Saturn’s case. However, this planet is much larger than Saturn, and expectedly, so are its rings.

“This planet is much larger than Jupiter or Saturn, and its ring system is roughly 200 times larger than Saturn’s rings are today,” said Mamajek in a university press release. “You could think of it as kind of a super Saturn.” 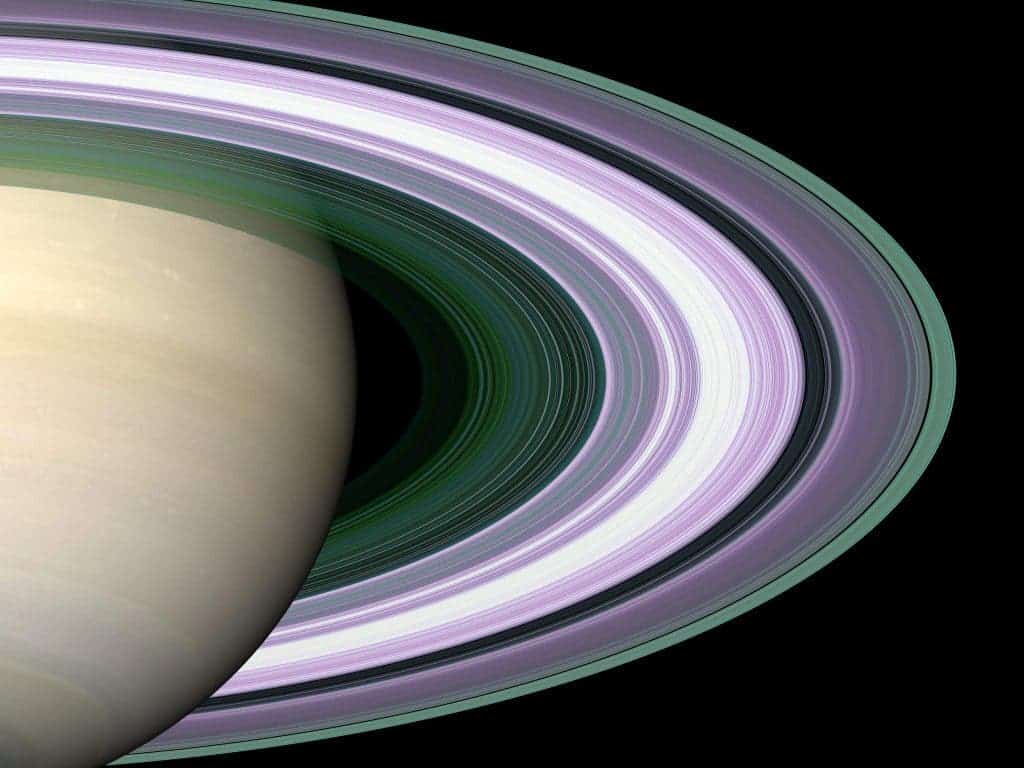 The new analysis was conducted with the SuperWASP project – a survey that is designed to detect gas giants that move in front of their parent star – and showed that the ring system consists of over 30 rings, all in great detail.

“The details that we see in the light curve are incredible. The eclipse lasted for several weeks, but you see rapid changes on time scales of tens of minutes as a result of fine structures in the rings,” says Kenworthy. “The star is much too far away to observe the rings directly, but we could make a detailed model based on the rapid brightness variations in the star light passing through the ring system. If we could replace Saturn’s rings with the rings around J1407b, they would be easily visible at night and be many times larger than the full moon.”

Astronomers expect that just like with Saturn, the rings will soon disappear as new satellites form; that’s not soon in human years. Soon in astronomy is a few million years.

Planetary rings are significant for understanding gas giants, but until this planet, not a single one had been observed outside our solar system.

“The planetary science community has theorized for decades that planets like Jupiter and Saturn would have had, at an early stage, disks around them that then led to the formation of satellites,” Mamajek explains. “However, until we discovered this object in 2012, no-one had seen such a ring system. This is the first snapshot of satellite formation on million-kilometer scales around a substellar object.”