Hurricane Irene is shredding down the US East Coast, growing to be larger and more dangerous than meterologists have predicted. Even from outer space, it looks absolutely frightening. 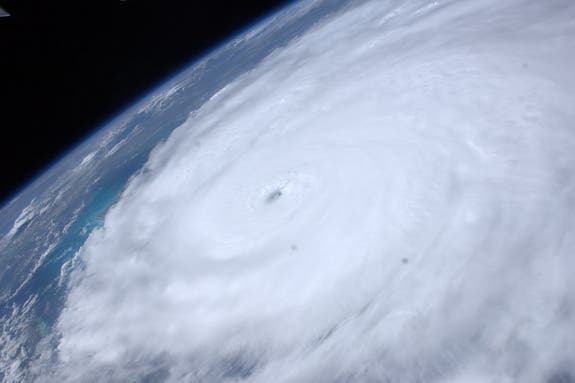 NASA astronaut Mike Fossum said that Hurricane Irene has had the unmistakable evolution of a major hurricane, and this can be observed from orbit.

“We saw a big change in the structure of the storm over the several days that we’ve watched her, especially yesterday,” Fossum said during a video interview.

Fossum, a native of Texas, has seen quite his share of hurricanes, and says that the storm has become much larger and more organized during the past week – visible to the naked eye.

“There’s kind of a dome shape to the whole thing, with the eye fully formed,” Fossum said. “Yesterday you could see the eye wall and down into the eye itself. You know that is a powerful storm, and those are never good news when they’re headed your way. So our prayers and thoughts are with the people in its path.”

Fossum is currently one of the six astronauts living onboard the International Space Station, where he has completed half of his six months stay.