Hubble breaks record, snaps pic of most distant galaxy ever

NASA and ESA astronomers have pushed the Hubble telescope more than ever before.

NASA and ESA astronomers have pushed the Hubble telescope more than ever before, shattering the cosmic distance record by measuring the farthest galaxy ever seen in the universe.

The GN-z11 galaxy was surprisingly bright, as it was seen from 13.4 billion years in the past, just 400 million years after the Universe was created with the Big Bang. With this, astronomers are now zooming in on the very first galaxies that existed.

“We’ve taken a major step back in time, beyond what we’d ever expected to be able to do with Hubble. We see GN-z11 at a time when the universe was only three percent of its current age,” explained principal investigator Pascal Oesch of Yale University. The team includes scientists from Yale University, the Space Telescope Science Institute (STScI), and the University of California.

This galaxy is so old that it actually provides a glimpse into the early days of the Universe.

“It’s amazing that a galaxy so massive existed only 200 million to 300 million years after the very first stars started to form. It takes really fast growth, producing stars at a huge rate, to have formed a galaxy that is a billion solar masses so soon,” explained investigator Garth Illingworth of the University of California, Santa Cruz. 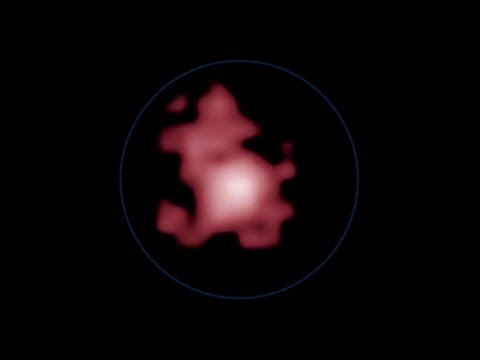 In order to see how far the galaxy is, astronomers determined the “redshift” of a galaxy. Basically, because the universe is expanding, every distant object in the universe appears to be receding from us because its light is stretched to longer, redder wavelengths. The greater the redshift, the greater the distance.

“Our spectroscopic observations reveal the galaxy to be even farther away than we had originally thought, right at the distance limit of what Hubble can observe,” said Gabriel Brammer of STScI, second author of the study.

Before this picture, the farthest galaxy had a redshift of 8.68 (13.2 billion years in the past).

“This is an extraordinary accomplishment for Hubble. It managed to beat all the previous distance records held for years by much larger ground-based telescopes,” said investigator Pieter van Dokkum of Yale University. “This new record will likely stand until the launch of the James Webb Space Telescope.”

The James Webb Space Telescope is a flagship-class space observatory under construction and scheduled to launch in October 2018.