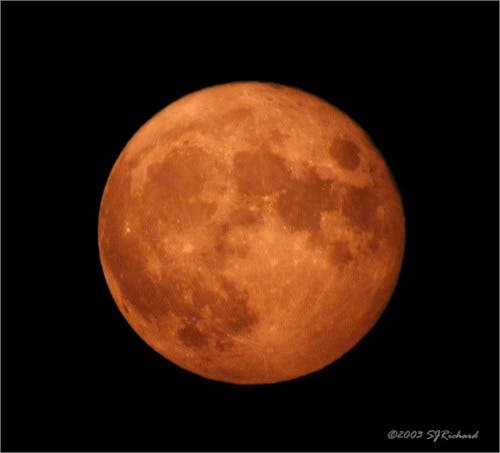 Although this Saturday night full moon might seem ordinary enough, it bares a certain significance. Traditionally dubbed the “harvest moon” for generation by people living in the northern hemisphere, its light helped farmers stay longer in the fields even at night during the peak of the harvest season.

Curiously enough, the moon officially turns full on Sep. 29 when it reaches that spot in the sky exactly opposite the sun. The exact time this happens varies according to the part of the world you live in, function of latitude. What more curious, however, is the night-to-night delay with which the moon makes its appearance. For instance, in New York City, moonrise on Sep. 29 occurs at 6:11 p.m local time. On Sep. 30, moonrise is at 6:41 p.m. and on Oct. 1, it comes at 7:12 p.m – that’s an almost 30 minute gap, which is far shorter than the typical 50 minute gap.

Like I said, however, this varies according to your latitude. In the town of Priddis, Alberta, Canada, latitude 50.9 degrees north, the average difference is 24 minutes. In Canberra, Australia (35.3 degrees south latitude), the night-to-night difference amounts to 58 minutes.

Some people are under the impression that the Harvest Moon remains in the night sky longer than any of the other full moons we see during the year, but that’s simply not so. That particular circumstance is reserved for the full moon closest on the calendar to the Winter Solstice (which this year comes on Dec. 28)