by Mihai Andrei
in Alien life, Space
A A

A possible Earth-like planet was found by the Kepler Telescope; if the data is correct, then this would make it the most Earth-like world yet detected beyond our solar system. 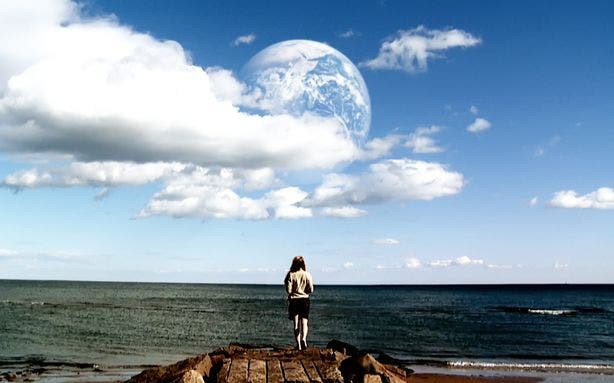 Unglamorously named KOI 172.02 (Kepler Object of Interest), the planet is some 50% larger than Earth, orbiting its star on an orbit which would make its surface habitable. Well, to be more precise, it has a 242-day long year instead of our 365.25 day, and its mass rather makes it a super-Earth than an Earth, but the differences are small when put into the larger picture.

“This was very exciting because it’s our fist habitable-zone super Earth around a sun-type star,” said Natalia Batalha, a Kepler co-investigator at NASA’s Ames Research Center in California. “It’s orbiting a star that’s very much like our sun. Previously the ones we saw were orbiting other types of stars.”

Yep, not only does the planet resemble our planet, but the star also resembles our star – being a little cooler than the Sun, which is actually better, considering the smaller orbit. 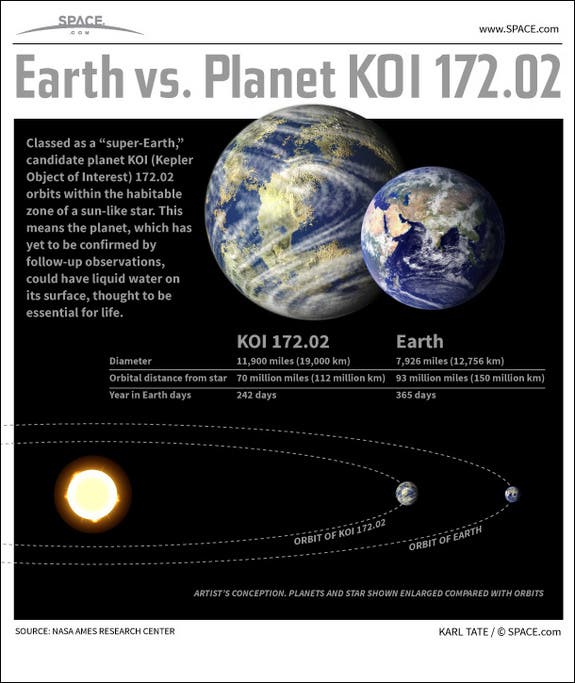 This is once again a remarkable discovery made by the Kepler telescope, which finds planets by looking for periodic dips in the brightness of stars caused by planets passing in front of them, blocking some of their light. All of its discoveries (including this one) have to be confirmed using another method until we can take it for granted. Kepler launched in 2009 and was recently granted an extended mission until at least 2016. The telescope has detected 2,740 candidate planets thus far, with 105 being confirmed so far; hopefully, more will follow.