Researchers from the KTH Royal Institute of Technology in Stockholm, Sweden, have developed a sustainable tech to extract valuable antioxidants and plastic precursors from wheat bran. 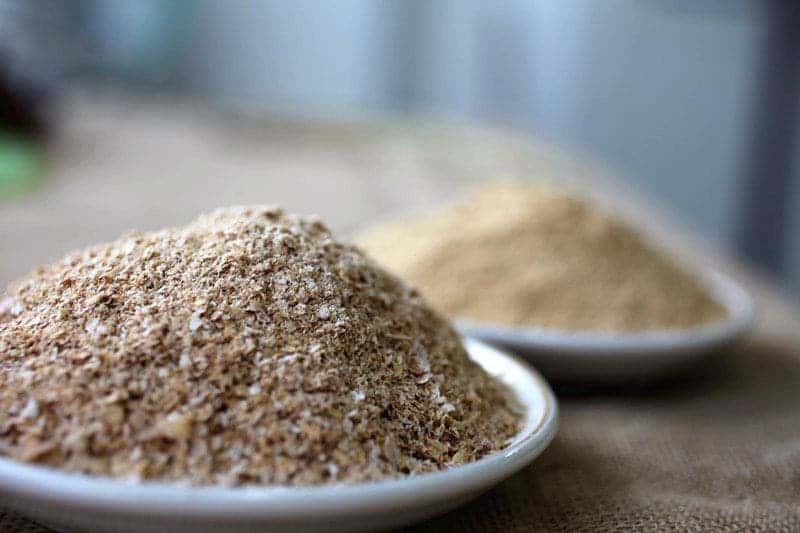 What’s mushy, looks like sawdust, makes up around a quarter of the total wheat yield by weight, and shares a name with a Game of Thrones character? Yep — it’s wheat bran.

Made from the discarded outer coatings of kernels (essentially amounting to old wheat pj’s), bran is the least valuable by-product of wheat milling and is commonly used as livestock feed since its so cheap and quite nutritious. Wheat bran also gives whole-wheat flour its darker shade and fuller body, is a key ingredient in some baked goods, and you can ferment it into tasty, tasty borș.

But there’s a wealth of valuable biomolecules locked away in bran, for which it’s getting a lot of attention as a main raw material for second generation biorefineries — the only problem is that getting them out involves a relatively expensive process that, even worse, destroys some of the compounds we want in the first place.

To address this shortcoming, a team from the KTH Royal Institute of Technology has developed a technique requiring only hot, high-pressure water and carbohydrate-active enzymes to extract the bran’s valuable hemicellulose and oligosaccharides. These compounds could be used as antioxidants, prebiotics, and even food packaging material.

“In bran and other cereal tissues, the hemicelluloses are difficult to extract because they’re tighly interconnected and recalcitrant,” Vilaplana says.

Current extractions techniques use alkaline substances to extract the hemicellulose, but the chemical reaction between the two destroys the molecule’s antioxidant properties. The technique developed by Vilaplana’s team first binds hemicellulose molecules into longer polymer chains so they don’t get chemically damaged in the process.

“We use a cascade approach where we first extract the hemicelluloses in polymer form and then we use the enzymes to selectively tackle the un-extractable residue. In this way we maximize total yields of valuable biomolecules from the bran,” he adds.

The team is now looking into possible applications for the polymers. The list includes active food packaging films, naturally antioxidant thickeners and gels, capsules for oxygen-sensitive compounds for medical or pharmaceutical products, even dampeners for reactive oxygen species (ROS) induced inflammation in biomedicine.

Vilaplana says his research group is studying possible applications for these biopolymers, including active food packaging films and thickeners that provide a natural, non-additive way to prevent oxidation. In medicine, they could also be used to encapsulate oxygen-sensitive active compounds and to reduce the inflammation caused by reactive oxygen species (ROS) in biomedical applications. The hemicelluloses and oligosaccharides in wheat bran are also known to have prebiotic properties as dietary fibers, the team notes, and could be used to create inexpensive dietary supplements.

The full paper “Sequential fractionation of feruloylated hemicelluloses and oligosaccharides from wheat bran using subcritical water and xylanolytic enzymes” has been published in the journal Green Chemistry.