Tripping your troubles away

Psychedelics could be our secret weapon against addiction and depression, among many others.

by Nehal Johri
in Science
A A 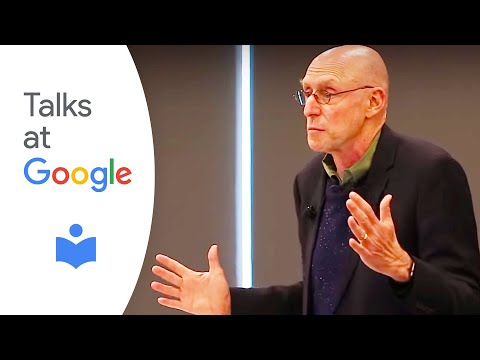 London Real show host Brian Rose interviewed Michael Pollan on June 12th about the use of psychedelics, such as LSD, magic mushrooms and MDMA, in mental health care. The gripping discussion is touched upon in Pollan’s latest book entitled How to Change Your Mind — listed by Time magazine as one of “The Best Non-Fiction Books of 2018 So Far”. It holds something for everyone: from news about the recent psychedelic wave, to a glimmer of hope for those suffering from mental illnesses, to the humble, yet daring, perspectives of an award-winning journalist.

Michael Pollan is an author, activist and professor at UC Berkeley’s Graduate School of Journalism. He has won an endless list of accolades for his work as a journalist. His writing has featured in The New Yorker, Harper’s Magazine, National Geographic, and Vogue among many others. He is the author of bestsellers such as The Omnivore’s Dilemma and The Botany of Desire: A Plant’s-Eye View of the World. When asked why he believes his writing has moved so many people, he said, “Because I don’t write as a journalist. I’m a curious, normal person. When I was writing about the cattle industry, I bought a cow! As an owner of the cow, I had to do the calculations. [I was] suddenly seeing it through the ranchers’ eyes.” Now he has written a new epic — How to Change Your Mind: What the New Science of Psychedelics Teaches Us About Consciousness, Dying, Addiction, Depression, and Transcendence.

Despite the pall of taboo surrounding the use of psychedelics, recent research on the subject has created a buzz in mainstream media. Studies emerging from the US and UK have shown that regulated ingestion of psychedelics can help individuals quit smoking and alcoholism, overcome post-traumatic stress disorder, depression, obsessive compulsive disorder, mania, and drug addiction itself. Will psychedelic treatments become a medical reality? As early as 2013, Dr. Robin Carhart-Harris told Philosophy For Life that “If the evidence supports it, it would be unethical not to pursue them.” He is known for the revival of LSD research on humans after a silence of 40 years, and as the first person in the UK to study the effect of magic mushrooms.

It doesn’t stop there: psychedelics are able to induce an experience of consciousness that is less bound to the body. This has helped terminal cancer patients to face their mortality and reduced their anxiety levels tremendously. Pollan explains, “When the ego dissolves, you can sense this consciousness everywhere – and psychedelics make this possible! I [myself] have had a very profound experience with plants in my garden on a psilocybin trip.” The further your consciousness expands, the less important you become. It allows the patients to confront their existential crisis in a way never available before.

The psychedelic movement is engaging an increasing number of people across global platforms. In Germany, the Neurizons conference (held at the end of May in Göttingen) saw a session dedicated to discussing the effect of psychedelics on neural networks. Pollan himself also appeared on several public platforms this month in London, including Second Home and October London. All major news agencies in the US, starting with The Wall Street Journal, have written about the issue. They’re all looking to find out the answer to a big question: Will tripping be the legal solution to today’s mental health crisis?

The psychedelic wave is not just a phenomenon of science lovers’ gawking at this exciting evidence, but rather an attempt to open up a larger conversation with the public. It beckons you to reconsider what you think you know about psychedelic drugs, repeated depression, and your brain. It is also an interesting time to ask yourself if you’d be willing to try these drugs to help challenge your own psychiatric illnesses?

Over the next few months, a Netflix series will be adapting the book for television, and we are surely close to a time when patients will be able to volunteer for human trials of psychedelic drugs. This may come as a huge relief to those suffering right now. Of course, the next steps will be a challenge against long-held taboos. But Pollan believes that our culture is ready to have this conversation.