Science is making great progress in eradicating the infection that kills 1.7 million annually.

by Melvin Sanicas
in Feature Post, Health & Medicine, Science
A A

World TB Day is celebrated every year on March 24 to raise public awareness about the devastating health, social and economic consequences of tuberculosis (TB). World TB Day 2018 is exceptionally noteworthy because never in the history of TB has there been more attention and commitment to ending the infectious disease that kills 1.7 million people each year.

The animation below shows how TB spreads in the body and how the immune system fights it. It also illustrates the different ways the TB bacterium can develop into the disease; either through overwhelming the immune system (common in children) or by latent TB waking up and becoming active (typical for those with weak immune systems such as older people, those who are HIV positive, or have had organ transplants or chemotherapy). 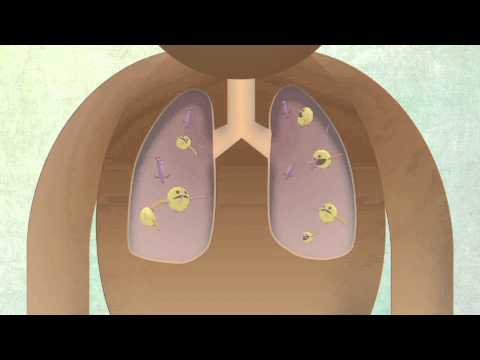