by Tibi Puiu
in Offbeat, Science
A A 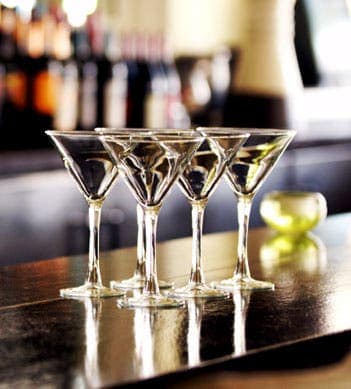 While in a bar, sipping a nice refreshing brew, it is not uncommon for people to engage in all sorts of discussions, ranging from Monday night football, to Kim Kardashian, to…science! You don’t need to be a scientist to talk about science either, and in Michigan a praising new phenomenon has emerged, science bars and cafes.

The grassroots movement has been steadily gaining in popularity in the state, forming in communities like Jackson, Okemos, Muskegon, Lansing, Ann Arbor and South Bend, encouraging people passionate about science to participate in the meetings, where various very interesting lectures and group interactions take place.

“You can drink alcohol while listening to the lecture. It is not in a classroom. Be casual,” said biology professor Laura Thurlow at Jackson Community College and science liaison for the city’s science café.

In all started back in 2009, Thurlow relates, and since then three or four lectures per semester are held in the cafes – and it’s growing and growing!

Lectures attract around 60 people per talk with 10 to 15 minutes of small group discussion led by a short presentation by Jackson Community College science students and a guest speaker from a local university of someone active in the community. According to Meg Gower, the owner of Gower Design Group and the initiator of Jackson science café, topics ranged from stem cell research and the atom smashing cyclotron to the expanding universe, health care and climate science.

The local establishments are looking at this with fine eyes as well, since they’ve graciously funded the various cafes in Michigan, helping pay for rent, scientific speakers and other necessities.

“We break the barriers for people so that it’s more accessible to the general public and they can listen to the informal lecture at the end of the day in a relaxed atmosphere,” says Thomas Hamann, a chemist at Michigan State University, who recently started a science café in Okemos and got funded by the International Year of Chemistry.

I can only agree. I know I’ve skipped tons of classes before, so I can go to bars, but only because I thought they were boring, and at all presented in a manner that’s meant to keep a modern day ADD student attentive. So maybe in the future, if students skip science for bars, then science might come to the bars for you.

For our Michigan readers – in Ann Arbor, the next science café will be in Conor O’Neill’s Traditional Irish Pub and the topic is “Water, Oil and Energy.”