So you think your sexual fantasies are wild? Let’s find out

by livia rusu
in News, Psychology
Reading Time: 6 mins read
A A
Share on FacebookShare on TwitterSubmit to Reddit 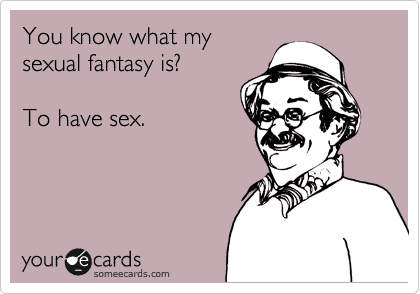 Everybody has sexual fantasies, but some may go a bit overboard. Don’t worry, I’m not here to judge. Instead, I’d like to show you a most interesting report. After asking 1,500 Canadian adults with a mean age of 30 about their sexual fantasies,  University of Montreal researchers ranked a list of the most common and atypical of these.

“Clinically, we know what pathological sexual fantasies are: they involve non-consenting partners, they induce pain, or they are absolutely necessary in deriving satisfaction. But apart from that, what exactly are abnormal or atypical fantasies? To find out, we asked people in the general population,” said the University of Montreal’s Christian Joyal, lead author of the study. “Our main objective was to specify norms in sexual fantasies, an essential step in defining pathologies. And as we suspected, there are a lot more common fantasies than atypical fantasies.”

Apparently, men have more fantasies and describe them more vividly than women (big whoop!). More surprising to find may be that a considerable portion of the interviewed women fantasized themes of sexual submission (e.g., being tied up, spanked, forced to have sex). I can sense some red lights flaring, so I need to add that the Canadian researchers also found that, unlike men, women in general clearly distinguish between fantasy and desire. Namely, even those who reported more extreme themes of submission (e.g. domination by a stranger) said they don’t want these fantasies to come true.  The majority of men, however, would love their fantasies to come true (e.g. threesomes). Also worth mentioning is that women fantasize more than men about having sex with their significant other. Men who are already in a relationship, on the other hand, fantasize much more about extramarital relationships compared to women.

“Overall, these findings allow us to shed light on certain social phenomena, such as the popularity of the book Fifty Shades of Grey with women,” Joyal concluded. “The subject is fascinating. We are currently conducting statistical analyses with the same data to demonstrate the existence of homogeneous subgroups of individuals based on combinations of fantasies. For example, people who have submission fantasies also often report domination fantasies. These two themes are therefore not exclusive, quite the contrary. They also seem associated with a higher level of satisfaction.”

Here’s the break down below. It’s worth noting that this data comes from a Canadian populace, as reported in the Journal of Sexual Medicine. A significant difference might be seen in other countries.