by livia rusu
in Psychology
Reading Time: 2 mins read
A A
Share on FacebookShare on TwitterSubmit to Reddit

The result of a new study of University of Georgia shows up that the same type of impulsive behavior that leads to drug addiction or alcoholism is proven to influence some people’s unhealthy relationship with food. 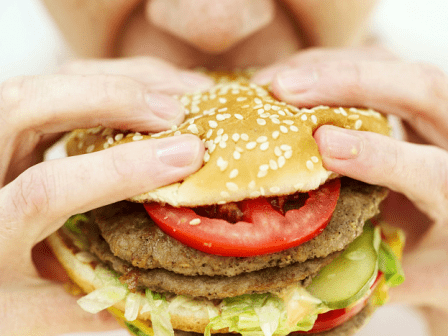 The journal Appetite recently published the paper about this research finding that people who have impulsive personalities are, indeed, more likely to develop food addictions, similarly to the impulsive people prone to develop drug addictions and alcoholism. But this time the behavior links their personality with a completely different type of addiction, at its turn leading to obesity.

James MacKillop is associate professor of psychology in University of Georgia (UGA)’s Franklin College of Arts and Sciences. His usual area of study concerns research of the effects of alcohol, nicotine and other drugs on people. Being the principal investigator in this last study, he declared that there is a possibility that obesity linked to food addiction and impulsiveness follow the same pattern as some of the drugs.

This investigation’s even more important if we link it to the data obtained from the Center of Disease Control and Prevention in the United States of America, officially showing that more than a third of the American adult population suffers of obesity. At its turn, this fact has some severe implications, including an even unhealthier life style based by the power of habit leading to addiction and a large spectrum of diseases such as type two diabetes, heart affections, and strokes.

The scales used during the research are both internationally recognized – Yale Food Addiction Scale and UPPS-P Impulsive Behavior Scale, in order to settle levels of impulsivity and food addiction among the 233 subjects. The obtained results were then compared with the mass index of each subject, commonly used in determining obesity.

This is one of the first studies of addictive eating habits and its contribution to obesity, and linking it with this personality trait makes it easier to be stopped. The study was sponsored by UGA’s Obesity Initiative and the team is going to expand their research and determine the brain activity of distinct subjects during their decision making process about food.