Ignoring the dress code can actually enhance status, but only if other people think you’re elite

There's a fine line between being seen as a non-conformist (higher status) and sloppy dresser (lower status). But what sets apart people like Zuckerberg from regular people like you or me (apart from money, of course...)? Well, to get to the root of this silver line, the Harvard researchers studied the observers themselves to understand what are the boundary conditions and signals that make people confer higher status to nonconforming individuals over conforming ones.

by Tibi Puiu
in News, Psychology
Reading Time: 4 mins read
A A
Share on FacebookShare on TwitterSubmit to Reddit

When you’re attending some places like business meetings, weddings or graduation ceremonies, you’re expected to conform with a certain dress code, otherwise you risk some stiff looks. For some this matters, and makes them anxious. In fact, it’s this anxiety that makes most people want to conform, or scorn other people who don’t conform. However, in some very definite situations, dressing down can actually enhance social status, according to a study made at Harvard Business School. Think Mark Zuckerberg and his famously casual attires. It doesn’t matter if he’s speaking to a hall packed with Stanford students, at a Facebook dinner party or at a meeting with investment bankers. Zuckerberg most of the time sticks to his jeans, hoodie and sneakers. Some might find this immature, but most people would agree this makes hims standout and even enhance his status. Does this mean if you go to work next week in your bathrobe you’ll be seen in greater regard by your boss? Most likely not, but the researchers deconstruct some situations where breaking the dress code alone can enhance status.

There’s a fine line between being seen as a non-conformist (higher status) and sloppy dresser (lower status). But what sets apart people like Zuckerberg from regular people like you or me (apart from money, of course…)? Well, to get to the root of this silver line, the Harvard researchers studied the observers themselves to understand what are the boundary conditions and signals that make people confer higher status to nonconforming individuals over conforming ones.

Rich people buy luxury items to signal their wealth. By renouncing money on expensive items which are visibly adorned, affluent folks signal that they have plenty of resources to dispose. This is why designer brands sell so well; when people buy a $5000 handbag they’re not buying the material or labour that went into manufacturing the item – they’re buying status. In some cases, however, dressing like a hobo can grant you higher status. For instance, according to one of the Harvard studies, shop assistants at luxury boutiques in Milan, Italy considered persons walking into the shop wearing gym clothes and a Swatch watch more likely to make a purchase or be a celebrity than those dressed in expensive garments or with a Rolex on their sleeve. But then, the researchers recruited pedestrians from the nearby Milan central station and asked them to impersonate as a shop assistants. In contrast, they thought elegantly dressed people were more likely to make a purchase than those who didn’t seem to fit in. The difference between the two situations lies in the observer’s familiarity with the environment. 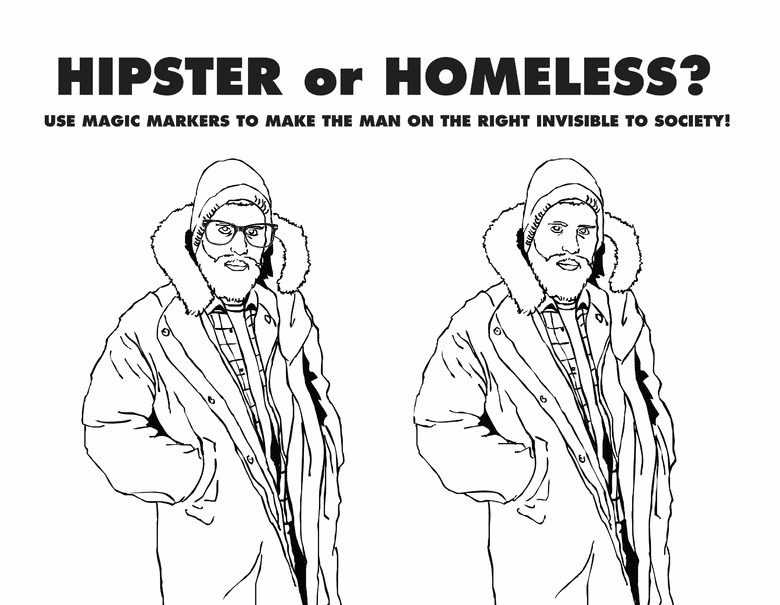 Then, of course, for enhanced status the non-conformity needs to be perceived as intentional. The observer will grant higher status when he is under the impression that the sloppy dresser is actually aware of the norm (dressing nice in a luxury store) and has plenty of alternatives (not just one pair of sneakers in the drawer), but defies them nevertheless. This is a different signal than that of purchasing status. Akin to peacocking, the person is signaling that he has no need for more status (no need to conform), hence he has plenty as it is. Another study backs this idea: wearing a red bow tie at a black-tie country club party. According to the researchers, the red bow tie wearer was perceived as a higher-status member. Moreover, he was also perceived as a better golf player. Thus, non-conformity not only can awarded higher status but a perception of better capabilities as well.

Last but not least, if the observer himself engages in non-conformity and unique outfits he will be more likely to attribute higher status. When study author Francesca Gino wore a pair of red Converse sneakers while she taught a class at Harvard, business executives who also owned similar shoes were more likely to give her more status points.

To sum it up, positive inferences of status disappear when the observer is unfamiliar with the environment, when the nonconforming behavior is depicted as unintentional, and in the absence of expected norms and shared standards of formal conduct. Some see status as something genuinely irrelevant to their lives, and ironically enough these are attributed higher status than many who actually strive to enhance their status. These findings will surely help those intended on enhancing their status, for status can really have its perks (better jobs, higher pay, etc.), but be aware non-conformity is one step away from ridiculous. Perhaps, the best strategy to reach a higher status is not to care about it.