Lending a face to the tormenting voices trapped in the minds of schizophrenics can make them disappear.

by Tibi Puiu
in News, Psychology
Reading Time: 4 mins read
A A

If you can’t beat them, join them. This is the crux of a novel therapeutic approach in which psychiatrists took over digital avatars of a schizophrenic patient’s auditory hallucinations — the ‘voice’ in their heads. Instead of a dominant and hostile imaginary antagonist, the patients were now greeted by a reconciling voice, controlled by the therapist, which helped them feel less persecuted. Remarkably, some participants stopped hearing voices entirely.

A face for the persecuting voice

The most common type of auditory hallucinations in psychiatric illnesses consists of voices. Voices may be male or female, and with intonations and accents that typically differ from those of the patient. Studies suggest that about half of schizophrenia patients experience auditory hallucinations consisting of a voice which comments on or discusses the individual’s behavior, and which usually refer to the patient in the third person.

While what the voices say can vary between individuals, most often it’s negative and malicious. The voices speak in a derogatory and insulting manner, sometimes commanding the patient to perform unacceptable behavior. This causes great distress in the patient. Roughly a quarter of people with such psychotic conditions don’t respond to treatment.

Audio Visual Assisted Therapy Aid for Refractory, or AVATAR for short, was first tested between 2009 and 2011 by researchers at the National Institute for Health Research, UK. Patients had to create a visual representation of the source of their perceived auditory hallucinations — a face for the “persecutor”, as they imagined it must look like. Researchers also created a voice for the avatar that closely matched the pitch and tone of the persecutor. 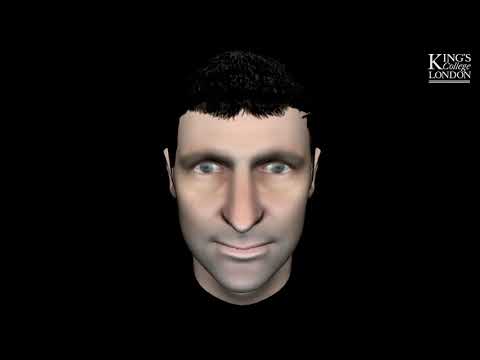 The therapist, who switches between speaking as a ‘therapist’ and as the ‘avatar’, facilitates a dialogue between the two, helping the patient gain more power and control. The seemingly omnipotent voice gradually loses its grip over the patient since it now sounds conciliatory rather than hostile.

The pilot trial proved successful beyond expectations, with patients undergoing AVATAR therapy showing a significant reduction in auditory hallucinations across multiple standard scores, whereas the control group experienced no change.

Scientists think the therapy mainly works its magic in two ways. First and foremost, AVATAR is a desensitization therapy which allows patients to feel less frightened by their voices since these now have a face. Secondly, AVATAR can boost self-esteem by helping some participants confront real trauma in cases when that’s the source of their persecuting auditory hallucinations.

“Voices often echoed earlier lived experience of humiliation and abuse,” Tom Craig, a professor at King’s College London and the study’s lead author, told The Smithsonian. “The conversation with the avatar, that was chosen to represent these former bullies or abusers, allowed the person to say things to the avatar that they were never able to say to the person at the time, to correct misconceptions and to demonstrate positive aspects of themselves.”

Now, researchers report in The Lancet replicating the results across a much larger, randomized controlled trial. The psychiatrists at King’s College London enlisted 150 patients, aged 18 to 65, who had endured auditory verbal hallucinations during the previous 12 months, despite continued treatment. The patients were divided into two equal groups: one to receive AVATAR therapy, the other to receive supportive counseling.

About 83% of the participants from the AVATAR group showed a reduction in auditory-verbal hallucinations after 12 weeks. In some cases, the voices stopped entirely. These are outstanding results, considering that many of the patients involved in the AVATAR group didn’t respond to regular supervision and pharmacological treatment.

“The participants were all people who had suffered for many years with troubling auditory hallucinations and all had diagnoses of major psychoses (schizophrenia spectrum disorders mainly, but also psychotic depression). The auditory hallucinations were just one symptom among the several that make up these diagnoses. All were taking medication,” the study’s lead author Tom K J Craig told MD Mag. “So using that to put AVATAR into perspective, I would say we have a promising add on treatment.”

Craig and colleagues stress that their study doesn’t mean AVATAR therapy should replace medication or a broader cognitive-behavioral treatment for psychosis. Instead, AVATAR could form an integral part of a wider therapy. Follow-up research will tell us more, showing whether or not these results can be replicated across different social and cultural settings. What’s more, both the AVATAR group and the control group showed no significant differences after six months. Perhaps the therapy needs to continue more for the therapeutic effects to last for a longer period of time.

“I found the avatar sessions intimidating at times,” says “Joe,” a 49-year-old participant, in an interview with researchers. “It was like bringing my voices out into the open. Sitting in front of a computer, which seemed to know my every thought. In some ways it allows me to share my experience, which can only be helpful.”