by Tibi Puiu
in Chemistry, Physics, Technology
A A

Physicists at the U.S. Department of Energy’s (DOE) SLAC National Accelerator Laboratory, once home to the longest particle accelerator for nearly fifty years, have used the world’s most powerful X-ray laser to distinguish at an atomic level the mechanisms of reaction of a catalyst in action. This unprecedented view will help scientists develop cleaner and more efficient energy sources, while also furthering our understanding of how various catalysts work.

A catalyst, be it synthetic, organic or simply a metal, is basically a substance that is used to enhanced the rate of a chemical reaction. For a reactant to form into a product it  always needs to reach an activation energy for it to transform through the chemical reaction. Some reactants take a long time to become products, while others simply don’t have the means to do so by themselves. This is where catalysts come into play that speed up a reaction by changing the specific structures of the reactant molecules; this alteration causes reactant molecules to collide with each other in order to release energy or product. It’s worth noting that scientists sometimes use negative catalysts to slow down rates of reaction.

Using the world’s most powerful X-ray laser,  the Linac Coherent Light Source (LCLS), in conjunction with computerized simulations, physicists  looked at a simple reaction in a crystal composed of ruthenium, a catalyst that has been extensively studied, in reaction with carbon monoxide gas. First the crystal was zapped using a conventional laser, which as expected caused the carbon monoxide molecules to break away. Using the high-power X-ray laser pulses that can reveal at an atomic level what’s going on in a chemical reaction through all its stages, at ultrafast timing, the researchers found that the carbon monoxide molecules were temporarily trapped in a near-gas state, all while still interacting with the catalyst.

“We never expected to see this state,” said Anders Nilsson, deputy director for the Stanford and SLAC SUNCAT Center for Interface Science and Catalysis and a leading author in the research,. “It was a surprise.”

Moreover, an unexpected event was observed: a high share of molecules trapped in this state for far longer than what was anticipated, raising new questions about the atomic-scale interplay of chemicals that will be explored in future research.

It’s also worth noting that the same LCLS X-ray laser was used by researchers at SLAC to heat a lump of matter at over 2 million degrees Fahrenheit – hotter than the sun’s corona.

Catalysts are widely employed today in the chemical industry, ranging from food to energy sources. The latter is of specific interest to scientists since more efficient catalysts mean a higher energy output and a cleaner environment. Most modern cars, for instance, employ catalytic converters in their exhaust that turn flue gases into less toxic compounds.

By bettering our understanding of how catalysts work, using methods such as those employed for the present study that allow observations at ultrafast time scales and with molecular precision, scientists may be able to develop cheaper and more efficient synthetic fuels or more efficient and cleaner technology.

The findings were reported in the journal Science. The five minute long video below illustrates how the LCLS laser works – definitely worth your time. 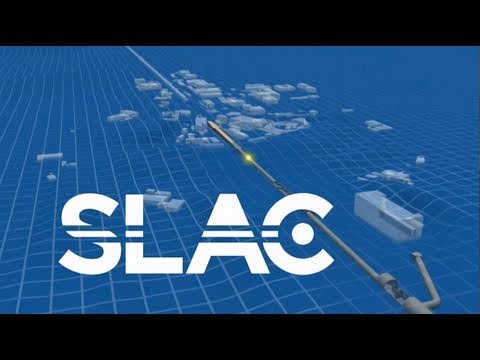