by Mihai Andrei
in Physics, Space
Reading Time: 2 mins read
A A
Share on FacebookShare on TwitterSubmit to Reddit

Scientists from Department of Earth Sciences at the University of Oxford have analyzed the compositions of Martian meteorites found on Earth and data from NASA’s rovers, and they reached the conclusion that the Red Planet had an atmosphere pretty rich in oxygen 4 billion years ago. 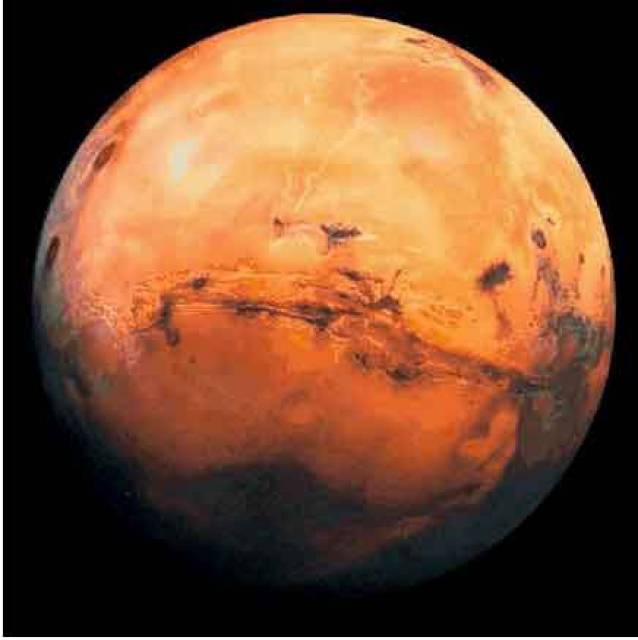 They compared Martian rocks with meteorites, and the fact that the surface rocks were five times richer in nickel than the meteorites was puzzling – suggesting that the meteorites may in fact be products of volcanic activity.

“What we have shown is that both meteorites and surface volcanic rocks are consistent with similar origins in the deep interior of Mars but that the surface rocks come from a more oxygen-rich environment, probably caused by recycling of oxygen-rich materials into the interior,” explained study senior author Prof Bernard Wood.

The results took everyone by surprise.

“This result is surprising because while the meteorites are geologically young, around 180 million to 1.4 billion years old, the Spirit rover was analyzing a very old part of Mars, more than 3.7 billion years old.”

When you compare it to Earth, there’s a huge time difference. Our planet is considered to have developed an oxygen rich atmosphere some 2.4 billion years ago, and that happened because cyanobacteria underwent a rather remarkable adaptation which allowed them to photosynthesize. What prospects does this discovery raise for the possibility of life on Mars?

“The implication is that Mars had an oxygen-rich atmosphere at a time, about 4 billion years ago, well before the rise of atmospheric oxygen on earth around 2.5 billion years ago. As oxidation is what gives Mars its distinctive color it is likely that the red planet was wet, warm and rusty billions of years before Earth’s atmosphere became oxygen rich,” Prof Wood said.

It’s staggering. Mars had liquid water on its surface, and an oxygen-rich atmosphere, while it was still tectonically active – these are the main requirements for life as we know it.