Scientists claim they can steer lightning with lasers

by Mihai Andrei
in Physics
Reading Time: 1 min read
A A
Share on FacebookShare on TwitterSubmit to Reddit 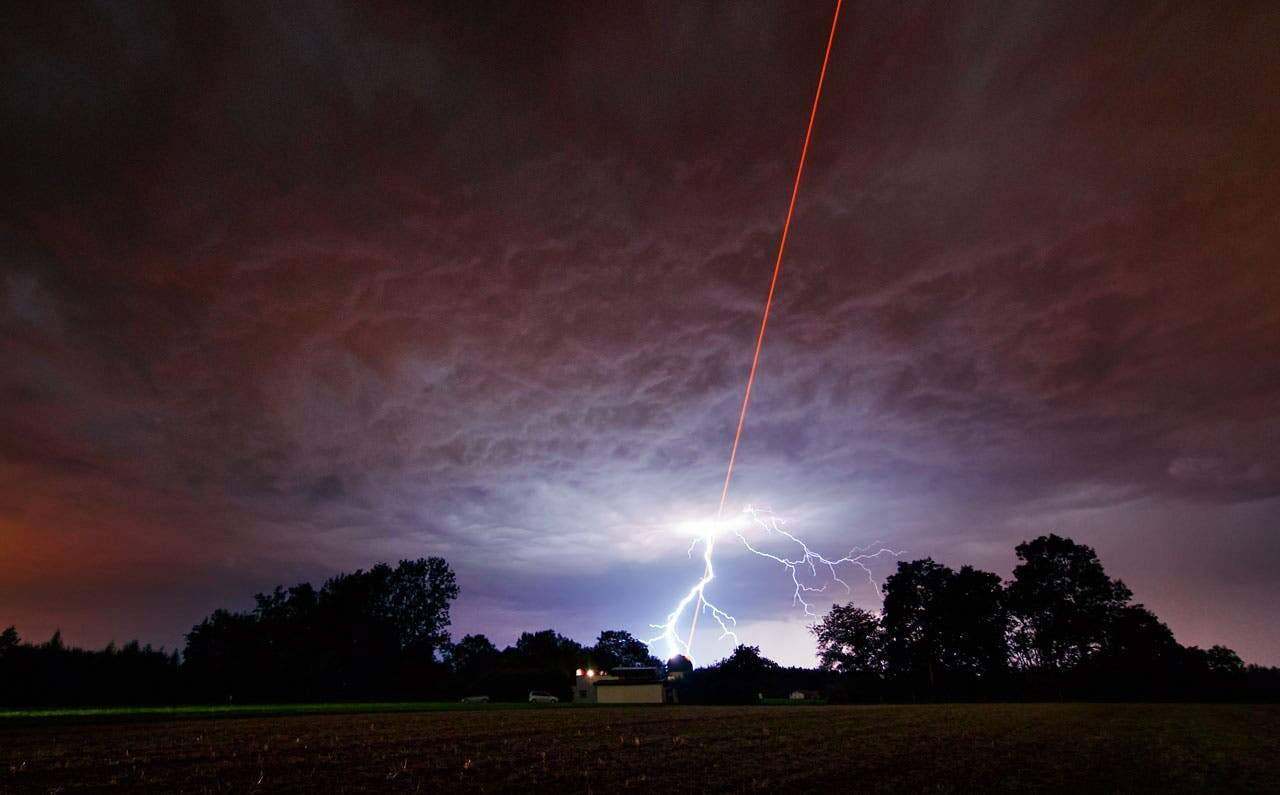 Basically, the system works by creating a ‘virtual lightning rod’, causing lightning to strike in the same place over and over again; the lasers create a column of charged gas in thin air, and the column attracts lightning which preferentially charges down the particles.

Laser lightning rods have been a subject of research for decades, but until now, no one has ever been able to practically find a way to trigger and direct lightning; mind you, even in this research, the method has only been tested in a lab, but there is no true reason why it shouldn’t work outdoors as well.

While scientists have set their minds only on saving lives, as usual, the military has a different mindset – they are already trying to figure out the best way to use this in combat. Hopefully, the first approach will be the one to succeed.