by Mihai Andrei
in Other, Physics
Reading Time: 4 mins read
A A
Share on FacebookShare on TwitterSubmit to Reddit

Known for its sobriety and cumbersome bureaucracy, the European Commission rarely gives good news, especially lately; to bring even more surprise to the table, the announcement was centered around Romania, a country not so well known for its high tech facilities: a new state of the art nuclear physics research facility will be built near Bucharest. 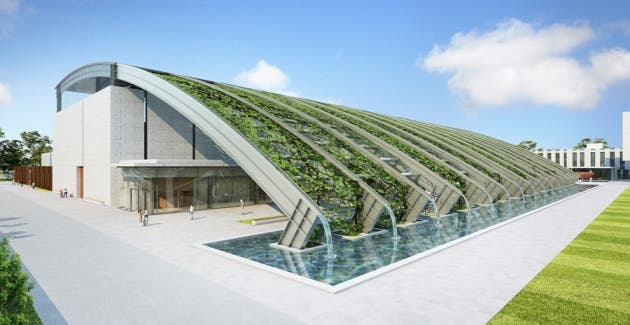 The news has thrilled both the world’s nuclear physics community and the struggling country, which wasn’t truly expecting news like this. However, knowing the situation in Romania very well, I can only say that sadly, this move hasn’t been discussed much, at least up to this point, despite excitement from the international community. The futuristic nuclear facility will be built near Bucharest, where almost all the top physics research in the country is going on; the investment will be huge: €180 million (US$237 million) just for the first phase! But it will definitely be worth it.

While it won’t be an LHC, the Extreme Light Infrastructure Nuclear Physics Facility (ELI-NP) will generate laser pulses with 10 petawatts (10.000.000.000.000.000 watts) of power – over ten times more powerful than today’s similar lasers; it will also be intense enough to reveal the internal structures of atomic nuclei.

“It will allow us to do a new sort of nuclear physics that hasn’t been possible so far,” says project leader Nicolae-Victor Zamfir, director-general of the Horia Hulubei National Institute of Physics and Nuclear Engineering in Măgurele, Romania, where the facility will be located. “The energy of the laser-light pulses will be almost at the level of the strong force that binds nuclei, so it will be able to perturb them.”

Just imagine that – a laser powerful enough to disturb the very force that binds atom’s nuclei together – that’s definitely something.

40 research institutions from 13 different EU countries have been involved in the planning of the facility, which is scheduled to start operating in 2017. The international academic community will be able to use the ELI-NP for free, and private companies will also be allowed to use it, but at a significant price, after bidding.

The entire price will go up to €356.2 million, paid from Romania’s allocation of structural funds – EU subsidies designed to help struggling and emerging countries. This is much welcomed news in itself, because while at first such funds were only used for infrastructure, now, the European Union is encouraging science projects such as this one.

Romania is a country which despite its difficulties and extremely low funding, brings up numerous top scientists and engineers – one of the few positive aspects inherited from the communist regime. However, given that it has the lowest national investments in research — just 0.5% of gross domestic product, compared with an EU average of 2%, and taking into consideration recent scandals regarding plagiarism, Romanian researchers seems to have fallen into dismay; perhaps this is the boost they need to escape this unfortunate situation.

Expanding the frontiers of laser science 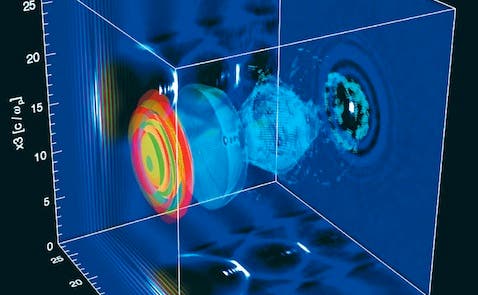 The ELI-NP is one of three planned facilities in the Extreme Light Infrastructure, a broad effort aimed at a better understanding of laser science and the benefits it can bring to related or unrelated fields of physics. All the three facilities will be built in Eastern Europe, as part of a plan to balance out the research facilities throughout the EU.

The ELI-NP will be insulated from politics, says Dragos Ciuparu, a chemical engineer at the Petroleum–Gas University in Ploieşti, Romania, so according to Romanian officials, the facility is set to be built and isolated from the outside, non scientific world. Ciuparu also added that with this kind of projects, he hopes to keep brilliant young minds inside the country. Romanian has been suffering from brain drain, as many gifted youngsters leave the country for better opportunities.

EDIT: A workshop will be held in Bucharest, on October 3-5. For those interested, here’s the registration link.