It’s not a well known problem by most, but those who work in the field are very aware of it – medical isotopes are a very valuable commodity. But now, a Canadian team may have very well found a way to end the shortage, developing and upgrade that allows hospital cyclotrons to make a much-needed diagnostic tracer, pumping enough isotopes overnight to supply an entire city. 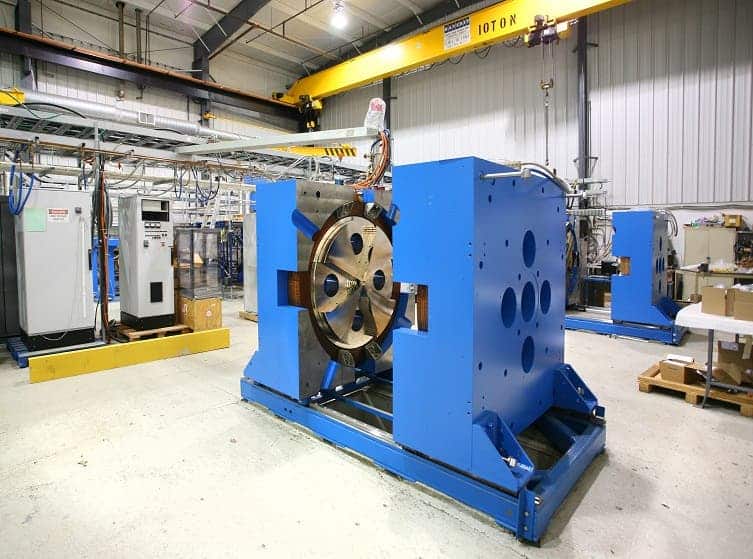 Much of today’s medical imaging procedures used (for example) in cancer or heart function monitoring employ a radioactive element called technetium-99m (99mTc). But making this isotope is a fairly complicated process, and its half-life is only 6 hours, so it’s impossible to store it long-term. The thing is, most of the global supply of 99mTc is supplied by 2 nuclear facilities: one in Canada, and the other in Netherlands. But those facilities are schedule to stop pretty soon – in 2015 and 2016, respectively.

Good news is demand for 99mTc will eventually dry up as a more advanced form of scanning, called Positron Emission Tomography (PET), takes over; the method is more effective for medical purposes. Bad news is it’s also more expensive and there are fewer machines which can operate with it.

But a team from Canada found a way to change all that – they upgraded a typical hospital cyclotron to do the job.

Not only is the cyclotron now able to provide the necessary materials for PET, but it is also cost competitive with 99mTc. They hope to get regulatory approval within a year or two; clinical trials have already been done in Edmonton.