People use less energy when they think they’re being watched

by Tibi Puiu
in Psychology, Science

The Hawthorne effect (commonly referred to as the observer effect) is a form of reactivity whereby subjects improve or modify an aspect of their behavior, which is being experimentally measured, in response to the fact that they know that they are being studied. Essentially, when most people know or feel their actions are monitored, they act and behave in a way that’s different from their day to day lives. 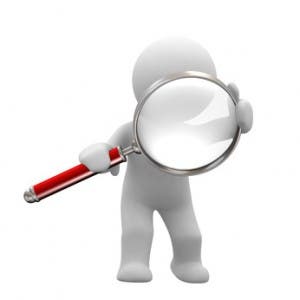 We know people – at least in this actions – are more polite, follow rules and are generally more receptive when their actions are being monitored. With this in mind, scientists at Penn State University wanted to see how this phenomenon holds with people’s energy savings habits. They chose 5600 random households, partnering with an utility company, for their study which they split into two groups. One group was kept for control and participants weren’t even aware they were part of a study, while participants in the other group received a postcard saying that their energy use would be monitored for a month for research purposes. Moreover four follow-up reminders were mailed during the course of the month. Important to note is that no additional information whatsoever was offered, like incentives or energy savings tips.

The control group, which received no notifications, registered the same amount of electricity consumption as in previous months. The group which received the notifications, however, reduced their energy consumption by some 2.7%. You might think this isn’t much, but for 2300 households, this adds up to a significant energy saving. Also, after the research period was over, all households returned to their typical energy consumption.

The study makes for a great example of the Hawthorne effect, and policy makers might want to check these findings and maybe develop programs based on it. Real time communication of energy consumption, complete with audio and text updates relayed to one’s smartphone for instance, could inform energy users to mind their consumption better. Even little things like plugging out appliances or even phone chargers that aren’t in use offer a significant energy saving in the long run.