Can We Outsmart The Smartest Virus On The Planet?

It's not as simple as you'd think.

Humans have battled viruses for thousands of years — just like the perpetual battle of good and evil. There seems to be news about a new or re-emerging pathogen almost every day. The last Ebola outbreak in DR Congo reminded us of the Ebola virus epidemic in 2014 in Guinea, Liberia, and Sierra Leone that killed over 11,300 people despite not being a respiratory virus spread through the air. Then, the Zika virus emerged as a significant global health risk as infection during pregnancy was associated with babies born with microcephaly — this kept researchers and doctors in South America, Central America, and the Caribbean worried, busy, and perplexed. The 2016 yellow fever outbreak in Angola, and the 2017 and 2018 outbreak in Brazil, killed hundreds of people despite there being an available that is highly effective (approaching 100% efficacy). So, what about a virus that can spread through the air? There’s no need for a sneeze or a cough. A single breath can harbor a virus and infect others — viruses which can survive on hard surfaces for 24 hours, can increase the risk of fetal death and stillbirth during pregnancy, and can kill up to 650,000 people in the world each year.

A new virus with these features will surely be on the news and scare everyone. In fact, this virus is influenza — the virus people talk about from before winter up to early spring. Over the past weeks, news of people of all ages dying from flu made headlines. In fact, according to US CDC’s Acting Director, Anne Schuchat, deaths from the current outbreak will probably outnumber those of the 2009 — 2010 season. What’s worse is that the number of deaths is expected to grow because flu activity is still rising. From Australia in the Southern Hemisphere to Europe and across North America, this flu season has been a deadly one and all over the news. But, after the flu season ends, people will forget about the thousands of people who died and how bad the flu season was.

Influenza is the perfect assassin. It comes and infects a person and makes the person more susceptible to infection by another pathogen. The person gets killed by the new pathogen, and the death is recorded as mortality due to that pathogen, not the flu. The virus is so smart that it is causing many complications and deaths, yet most people only compare it with the common cold. A recent study has shown that flu increases heart attack risk — a person is six times more likely to have a heart attack in the week after a flu diagnosis. Imagine how many deaths the flu triggered from heart attacks. People with diabetes, even when well-managed, are at high risk of severe influenza complications, often resulting in hospitalization and sometimes even death. Imagine how many hospital admissions for complications of diabetes and deaths started with the flu.

There are vaccines available, we have had flu vaccines for over 70 years now, and they have been improved slowly over the years. From a vaccine targeting only one flu strain in the 1930s, we now have a vaccine that targets four circulating flu strains. We even have flu vaccines made specially for the elderly. But for flu vaccines to work, people need to get vaccinated every year.

No matter how many times people are reminded to get the vaccine, and how often doctors tell their patients compelling reasons to get vaccinated, flu shots are always a hard sell. Most people are reluctant to think about their chances of getting sick, especially when they are “healthy” and do not get sick. It’s like selling insurance. Several myths and fake news persist that contribute to parents resisting getting the flu vaccine for themselves and their children. Some people believe it when their evangelist tells them that they do not need to get the flu vaccine because “Jesus himself gave us the flu shot. We’ve already had our shot. He bore our sicknesses and carried our diseases. That’s what we stand on.” Still, others are confused when scientists say that getting the vaccine every year increases the risk of getting the flu compared with people who are unvaccinated but ends with a message that there should be no changes in the recommendation of getting the vaccine every year. So, which is it? 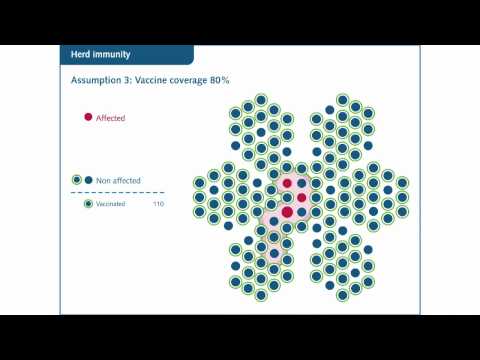 Because more people do not get the flu vaccine, herd immunity (community immunity or population immunity) is compromised. Herd immunity protects the people who haven’t been given the vaccine especially those with compromised immune systems, such as the young, old, and those with weak immune systems.  To achieve herd immunity, where the virus is not able to spread easily and infect people, a certain percentage of the population should be immunized. So, getting the flu vaccine is not just about you, but about the community as well.

So how can we outsmart the smartest virus? Education and public health campaigns and scientific research. The flu vaccine can be further improved but the vaccines we have now are as good as we can make them. Flu vaccines stored in the fridge do not benefit anyone. Get the flu shot! It is far from perfect, but 50% or 40% or even 30% efficacy is better than ZERO and helps prevent the virus from spreading to the rest of the people in the community.