by Mihai Andrei
in Oceanography
Reading Time: 3 mins read
A A
Share on FacebookShare on TwitterSubmit to Reddit

Deep in the Mariana Trench, about seven miles below the surface, researchers found huge single celled amoebas, making them not only completely surprisng and amazing, but also the creatures living at the biggest depth found so far. 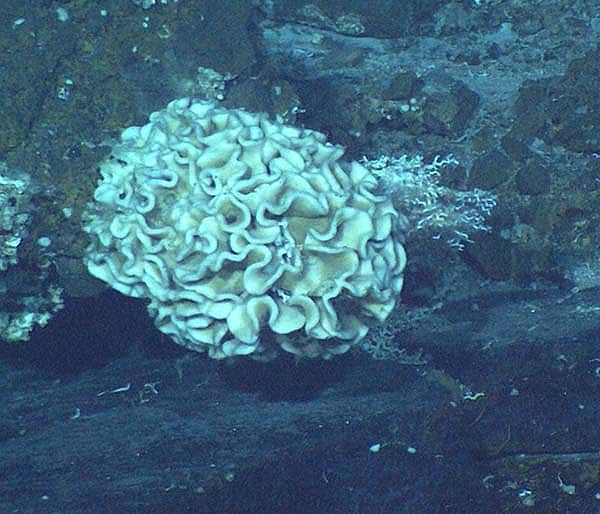 The team from Scripps Institution of Oceanography at UC San Diego studied and catalogued these xenophyophores, single-celled animals exclusively found in deep-sea environments; they can regularly grow up to 10 centimeters long! Just so you can make an idea, an average cell is about 0.001 milimeters long – 10.000 times smaller!

“They are fascinating giants that are highly adapted to extreme conditions but at the same time are very fragile and poorly studied,” Scripps deep sea biologist and professor Lisa Levin said. “These and many other structurally important organisms in the deep sea need our stewardship as human activities move to deeper waters.”

Scientists claim that xenophyophores are the largest cells in existence on this planet; preliminary research shows that they trap particles of water, absorbing high levels of lead, uranium and mercury, and thus are highly resistant to these heavy metals. They are also perfectly adapted to live in huge pressures, low temperatures, and darkness.

“The identification of these gigantic cells in one of the deepest marine environments on the planet opens up a whole new habitat for further study of biodiversity, biotechnological potential and extreme environment adaptation,” said Doug Bartlett, the Scripps marine microbiologist who organized the expedition.

However, they are only the tip of the deep-sea ecosystem iceberg. The expedition has also found a jellyfish way below the deepest one observed so far, as well as other interesting creatures.

The discoveries were made using ‘dropcams’, a system developed by National Geographic Society Remote Imaging engineers Eric Berkenpas and Graham Wilhelm, participants in the July voyage.

“Seafloor animals are lured to the camera with bait, a technique first developed by Scripps professor John Isaacs in the 1960s,” said Kevin Hardy, a Scripps ocean engineer and cruise participant. Hardy advanced the ultra-deep glass sphere design used on ‘dropcams’ more than a decade ago. “Scripps researchers hope to one day capture and return novel living animals to the laboratory for study in high-pressure aquariums that replicate the trench environment.”

All in all, this expedition has shown us just how dramatic the inhabitants of the deep sea environments can be, and how little we know about them.