by Alexandru Micu
in Climate, Science
Reading Time: 6 mins read
A A
Share on FacebookShare on TwitterSubmit to Reddit

Despite the White House denial crusade, climate change is happening — and it’s all because of us. 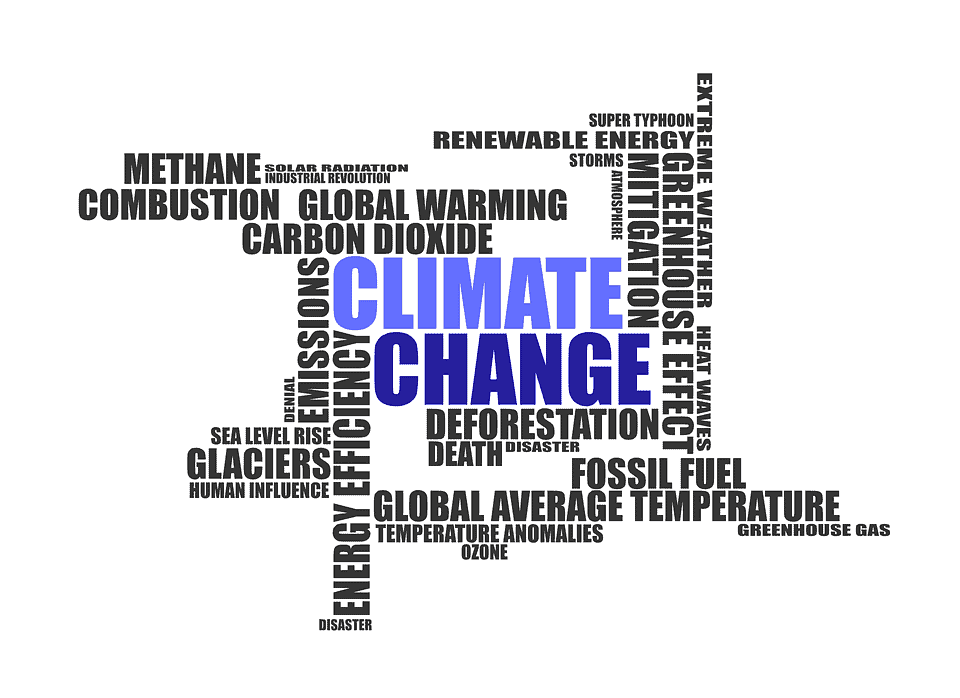 Every four years, the US Global Change Research Program is required by statute to produce the comprehensive Climate Science Special Report. Work on the report is overseen by the Executive Office of the President and involves efforts from 13 federal agencies. It puts together and coordinates federal research pertaining to climate change, its implications and risks for society, and lays out our current understanding of climate change and its effects.

It is meant to guide our assessment of risks related to these changes, and help policymakers develop adequate prevention and response measures. Now we have the latest edition, the Fourth National Climate Assessment (NCA4), which follows the latest edition of 2014, and the work behind it was coordinated by the creme de la creme of the country’s scientific minds, with NASA, the NOAA, DEA, EPA, and the US Global Change Research Program all weighing together on and ensuring the work within was ruthlessly peer-reviewed and, ultimately, reliable.

The NCA4 has a similar structure to the assessment reports published by the Intergovernmental Panel on Climate Change (IPCC), with the first section focusing on the physical science of climate change and the second on the impact these changes will have on the US. Its conclusions are also very like those of the IPCC. They are, however, worded more clearly, which could be a response to the deliberate misrepresentations and twisting of facts and conclusions by politicians and self-described “skeptics”.

The first, and perhaps most important conclusion is the degree to which the observed signs of global warming are human-caused.

“Many lines of evidence demonstrate that it is extremely likely that human influence has been the dominant cause of the observed warming since the mid-20th century,” the document reads.

“Over the last century, there are no convincing alternative explanations supported by the extent of the observational evidence.”

It quantifies that between 1901 and 2016, average surface air temperatures have increased by roughly 1.0°C (1.8°F), leading to what is the warmest period in modern history. The last few years have seen record-breaking weather extremes driven by climate-related factors, and the last three years, in particular, have been the warmest years ever recorded by humanity. These are trends that will continue in the future, the document reports.

Between 1951 to 2010, the authors calculate that human-caused warming has amounted to between 0.6-0.8°C (1.1-1.4°F), while their best estimate of the actual total temperature change over that period comes down to 0.65°C (1.2°F) — they do note, however, that the influence of human activity could be much greater than the actual change if natural factors have overall had a cooling trend.

The document also summarizes the body of evidence pointing to changes in the patterns of extreme weather of different types. The incidence of heat waves and intense rainfall has increased in most places, it reads, while for tornadoes the data is still inconclusive. Among their predictions here includes an increased frequency and severity of “atmospheric river” weather patterns on the West coast, and shrinking snowpack volumes in the West — an area where they are an integral part of the water supply.

Large wildfire incidence “in the western United States and Alaska has increased since the early 1980s (high confidence) and is projected to further increase in those regions as the climate warms,” the document adds.

Sea level rise is projected between 0.3 to 1.3 meters (1 to 4.3 feet) over this century, but the document frankly admits that “eight feet by 2100 is physically possible, although the probability of such an extreme outcome cannot currently be assessed.”

Compared to the last report in 2014, this Assessment highlights the areas in which our know-how has improved. That list includes a better evaluation of humanity’s contribution to individual extreme weather events, our access to higher-resolution climate models and better means of simulation for phenomena like hurricane formation, as well as more studies of ice loss in Greenland and Antarctica that have pushed worst-case estimations for sea-level rise upwards.

If you’re wondering what could have changed since the last report in 2014, the new Assessment highlights a list of areas in which our understanding has improved. That includes the evaluation of the human contribution to individual extreme weather events, higher-resolution climate models producing better simulations of things like hurricanes, and studies of ice loss in Greenland and Antarctica that have bumped the worst-case sea level rise estimates upward.

The CSSR does not “include policy recommendations” since it is meant to be “an authoritative assessment of the science of climate change, with a focus on the United States, to serve as the foundation for efforts to assess climate-related risks and inform decision-making about responses.” However, it does point out that current emission pledges won’t keep global warming below the 2°C (3.6°F) mark, a long-term international goal that is considered reasonably safe. They drive this warning home with a sobering point: the planet hasn’t ever seen this rate of carbon emissions since before the dinosaurs went extinct (if even then).

“The present-day emissions rate of nearly 10 [billion tons of carbon] per year suggests that there is no climate analog for this century any time in at least the last 50 million years.”

The science is in, but demagoguery isn’t out yet

The publication of this report has been overshadowed by concerns that President Trump, who has described climate change as a “Chinese hoax,” would take steps through his administration to censor the report or its conclusions, be it in part or in its entirety. Thus, in June some of the authors contacted reporters and leaked a draft of the document to the New York Times during the final approval process.

Now, however, the authors are fairly confident that the document made it pretty much unscathed. In a call with media, NOAA’s David Fahey, one of three coordinating lead authors of the report, said he was “quite confident” there was no political interference with the document’s content. An initial review of the main points of the report’s “executive summary” shows only a few wording changes from the June 2017 draft which don’t change the information conveyed.

Still, the administration wholeheartedly embraced its denial, even in the face of the NCA4.

“The climate has changed and is always changing,” White House spokesperson Raj Shah said in a statement on Friday. “As the Climate Science Special Report states, the magnitude of future climate change depends significantly on ‘remaining uncertainty in the sensitivity of Earth’s climate to [greenhouse gas] emissions.'”

Technically is true. For example, the NCA4 reports that projected warming between 2000 and 2100 in the highest emissions scenario will amount to somewhere between 2.6 to 4.8 °C, and in that way yes, we are still uncertain. But that’s like saying that the outcome of jumping off the Empire State Building is uncertain, cause hey you could hit the pavement, or a hot dog stand, or even a car. It’s a paper shield at best.

As the report explains, the majority of the uncertainty is tied to the future trajectory of our emissions:

“Global climate is projected to continue to change over this century and beyond. The magnitude of climate change beyond the next few decades will depend primarily on the amount of greenhouse (heat-trapping) gases emitted globally and on the remaining uncertainty in the sensitivity of Earth’s climate to those emissions.”

Overall, the report makes it clear that there is no reasonable doubt that climate change is driven by human actions, not natural cycles. We can only hope policymakers will take heed.