Snowball the cockatoo invents his own groovy dancing, showing that it is not a unique human construct

An adorable cockatoo that stole our hearts is revealing new insights about the origin and role of dancing.

A cute yellow-crested cockatoo went viral on YouTube more than a decade ago due to his smooth dance moves. Make no mistake, however — this isn’t mere entertainment. A new study analyzed Snowball’s dance repertoire over music by artists like Queen or Backstreet Boys, finding that the cockatoo employs spontaneous and diverse movements using various body parts. The authors argue that dancing isn’t a product of human culture but rather a physical response to rhythm when certain cognitive and neural capacities come together.

“What’s most interesting to us is the sheer diversity of his movements to music,” says senior author Aniruddh Patel, a psychologist at Tufts University and Harvard University.

Patel and colleagues analyzed footage of Snowball, finding (much to their surprise) that the bird was employing much richer movements in his choreography than the simple head bobbing and foot lifting they were used to seeing from him. The most interesting part is that the bird received no training, suggesting that his dance moves are a spontaneous response to music.

Previously, Patel showed that Snowball’s dancing was on beat. This, in and of itself, was intriguing because no other primates seem to be able to dance. In the new study, Patel and R. Joanne Jao Keehn, a cognitive neuroscientist and a classically and contemporarily trained dancer, analyzed new recordings of the parrot on a frame-by-frame basis with the audio muted. The videos were filmed while Snowball was grooving two classic hits from the 80s, “Another One Bites the Dust” and “Girls Just Want to Have Fun.” Each song was played three times for a total of 23 minutes of sweet dancing. The only other person in the room was Snowball’s owner, Irena Schulz, who would occasionally shout “Good boy” but did not intervene in any other way, like dancing to the beat herself.

The researchers looked for sequences of repeated movements. In total, 14 dance movements and two composite movements which were clearly intentional were identified by the study’s authors. For instance, Snowball bobs, swings, and circles his head around in more than one way. Sometimes, he performs these movements in coordination with foot lifts and other types of movement. 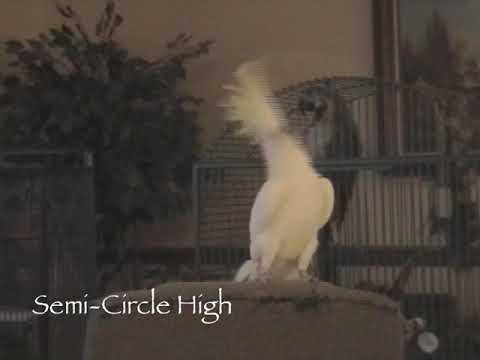 Snowball tends to dance in snippets of 3 to 4 seconds. Although his dancing is similar, each tune elicits slightly different moves, suggesting that the parrot is flexible and perhaps creative. Sulfur-crested cockatoos (Cacatua galerita) are a particularly clever species, being recognized for their tool-making and lock-picking abilities.

The researchers say that humans and parrots can boogie thanks to the convergence of five traits they share:

In the future, the researchers plan on conducting a new study with Snowball. They plan to study whether the dancing parrot is more interested in dancing when he’s alone or when other people around. Most people dance more when other individuals are around, signifying that dancing is an important cultural practice that fosters social interaction.