Incredibly, this one lived in the desert, which is unheard of for a pterosaur.

by Tibi Puiu
in News, Other
A A

Beneath the dusty soil of northeastern Utah, paleontologists have discovered the fossilized remains of a 200-million-year-old pterosaur. Neither dinosaurs nor birds, these were the first creatures with a backbone to fly on their own.

The newly identified species called Caelestiventus hanseni, which is Latin for “heavenly wind”, had a respectable wing-span of 1.5 meters and 112 teeth, including fang-like spikes that stuck out near the snout. Most early pterosaurs were midgets compared to the size of this specimen. Interestingly, the lower jaw’s configuration suggests that the creature had a pelican-like pouch, with which it might have scooped up fish and small terrestrial prey such as reptiles.

All of the specimen’s remains are still encased in sandstone but thanks to modern CAT-scan technology, scientists were able to generate breathtaking 3-D images and models of each of the pterosaur’s bones. 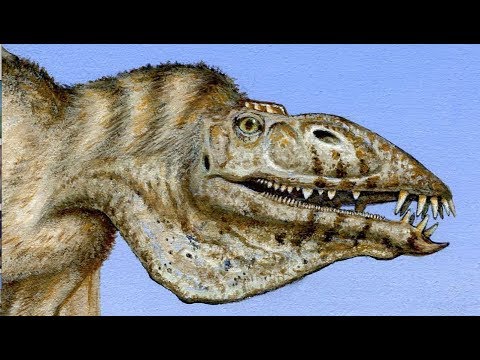 Triassic pterosaurs are extraordinarily rare, an extraordinary find doubled down by the fact that the fossils are remarkably well-preserved. The remains include a nearly intact skull — showing sides of the face and the complete roof of the skull (braincase included) — and also a part of the wing, researchers reported in the journal Nature Ecology & Evolution.

The wings are, in fact, skin membranes that were extended by a fourth digit on the pterosaur’s forelimbs. These wings would have been folded vertically when the creature wasn’t flying, using all four limbs to move about the ground.

Before C. hanseni was discovered by the research team led by Brooks Britt, a geologist at Brigham Young University, only 30 or so Triassic pterodactyl specimens had been found anywhere on Earth. What’s more, most of them were described based on a single bone, on average.

“They are delicately framed animals that are built for flying,” Britt told AFP in a statement.

Most pterosaur specimens have been found in the Alps but C. hanseni is the first such creature unearthed from the deserts. The rocks in which the fossils are encased were part of an oasis in the middle of a two-million square kilometer (775,000 square miles) desert. In times of drought, many animals, including pterosaurs, dinosaurs, and crocs, were drawn to the pond. So far, as many as 18,000 bones and fragments belonging to dozens of animals have been identified at the site.

Together, all of these fossils are providing valuable new insights into the beginning of pterosaurs, suggesting these formed a far more diverse group than previously thought.