For the first time in history, scientists have cut out HIV genes from live animals.

by Mihai Andrei
in Diseases, Genetics, News
A A

For the first time in history, scientists have cut out HIV genes from live animals. The success rate really isn’t great, but it’s a big step in the right direction.

“In a proof-of-concept study, we show that our gene editing technology can be effectively delivered to many organs of two small animal models and excise large fragments of viral DNA from the host cell genome,” explained Khalili.

According to the study, the team created and developed a pair of molecular scissors, which they used to remove the viral genes that infected the brain, ear, liver, kidney, lungs, spleen, and even blood of mice and rats. This is how CRISPR works: 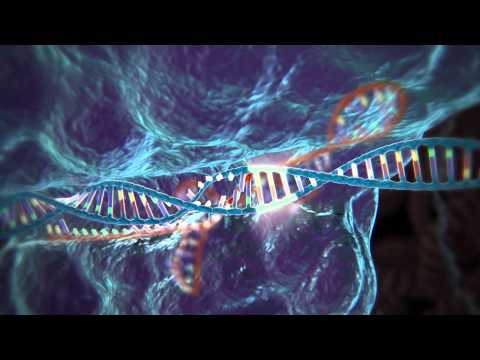 It’s not the first time this type of technique has been used. Khalili and his team previously used the same type of scissors to eliminate HIV from human cells, but this is the first time they’ve done it in living creatures.

We’re still miles and miles away from actually using this in humans, but if it does become viable, it has great potential because it’s quite easy to apply.

“If this technology gets into the clinic to treat human patients, it’s not going to be very complicated. You don’t have to bring the patient to the clinic and do a bone marrow transplant or all kinds of complicated technology. You can basically apply this to any setting.”

The team is now trying to improve their success rate and understand (and hopefully eliminate) any side effects that might occur. Cutting directly into the genome can, of course, have many unpredicted consequences.

“The first step is to permanently inactivate those viruses incorporated in cells,” says Khalili. “If we can do that, and reach that level, then we may be able to functionally cure individuals or have a sterilizing cure.” It will be a long road, but things are looking rather bright.