Boycotting the Rio Olympics? Then you should watch and support the first Cyborg Olympics instead

Rio might just be the most dubious, tattered Olympics yet. Billions in blood money, a global Zika pandemic waiting to happen, corruption and scandal loom over the Brazilian city. And the headlines are getting more depressing every day. Not even FIFA comes close to this mockery.

So, if you’re of the same opinion as me, then you’ll be probably boycotting this event. What ZME Science suggest is you support a far more noble competition — the first edition of the Cybathlon.

On second thought, maybe competition is a bad wording in this instance, considering the Cybathlon is more about showcasing cooperation and the fascinating interface between the fragile human body and machine. This is the cyborg — two parts made whole again, to a sense.

Founded by Robert Riener, a biomedical engineer at the Swiss Federal Institute of Technology in Zurich, the sporting event aims to raise awareness about technology-enabled prosthetics like brain-computer interfaces which allow the athletes, or pilots as they’re called in the case of Cybathlon, to control robotic hands or legs with their thoughts alone.

“I think that people are spoiled by the Internet and Hollywood movies,” Riener says. “We want to show people there are still challenges.”

You might think the Cybathlon is a high-tech Paralympic Games — a major international multi-sport event, involving athletes with a range of physical disabilities — but it’s not really so. It’s not a celebration of endurance or strength. Instead, it honors technology and innovation.

Some of the competitions include a prosthetic leg race, which is less about crossing the finishing line and more about testing things like sitting or standing up. Other events involve hanging out laundry with a prosthetic arm, controlling an avatar using a brain-computer interface or racing with an exoskeleton.

In total, 80 research groups from 25 countries will attend the $5.5-million event to show off their technology in Zurich on the 8th of October. 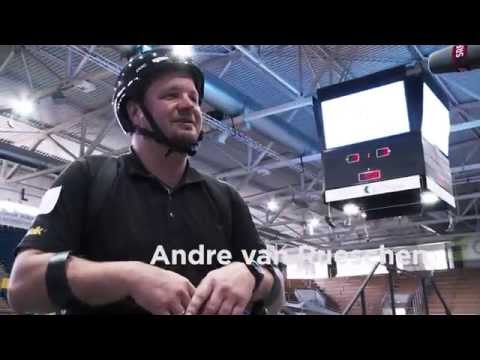