Electronic energy meters might be off by almost 600%, Dutch study finds

The electric company isn't trying to scam you -- it's just that technology evolved faster than we adapted.

While electricity meters can vary widely from country to country, a new study has revealed a worrying fact about them — they can be widely off.

Energy meters are a funny thing. Almost everyone has them, but we almost never think about them unless something goes wrong — case in which we hope it gets fixed as soon as possible so we can go back to not thinking about them. Still, at the end of the day, we all pay the electricity bill, and that meter decides how big the bill is. They also come in a great variety, and they are different from country to country. A few decades ago, they traditional energy meters (kWh) were all over the place, but now, electronic devices are being used in their stead more and more. A study carried out by researchers from the University of Twente and The Amsterdam University of Applied science wanted to see just how accurate these devices are. Their findings are truly worrying.

I mean, we all know that someone who thinks “the corporations are ripping him off,” but this time, he may be right. Kind of. The Dutch scientists analyzed 9 meters, finding that in some setups, these were up to 582 percent higher. Two of them also outputted 30% lower figures and overall, there was a disturbingly high inaccuracy.

Using a switchboard, researchers connected the meters to a range of power-consuming appliances, such as saving light bulbs, heaters, LED bulbs and dimmers. They purposely avoided using complex or unusual equipment or appliances, replicating conditions you’d find in an average house. Cees Keyer, one of the researchers involved in the study, explained:

“OK, these were laboratory tests, but we deliberately avoided using exceptional conditions. For example, a dimmer and 50 bulbs, while an average household has 47 bulbs.”

After a while, they compared the actual power consumption to what the meter showed. Although it’s quite a small sample size, if this sample size is relevant for the entire country, then at least 750,000 Dutch households have faulty energy meters which show either more or less than what they should. Since there’s no reason why Dutch meters are inherently worse than those in other parts of the world, the findings might be applicable to many other countries.

Their experiment is easily replicable, and they encourage others to do so, as this might be a massive problem in many parts of the world. The Van Swinden Laboratory (the Dutch Metrology Institute) has already conducted a countercheck and confirmed the findings.

The meters in question were manufactured between 2004 and 2014, so they were not old, rugged models, but rather modern ones. Frank Leferink (Professor of Electromagnetic Compatibility at the UT) points out that:

“The energy meters we tested meet all the legal requirements and are certified. These requirements, however, have not made sufficient allowance for modern switching devices”.

But it’s not like the electricity company is trying to rob you. Rather, it’s a case of technology evolving too fast for us to adapt to it. The biggest problems were encountered when they tested energy-saving appliances. 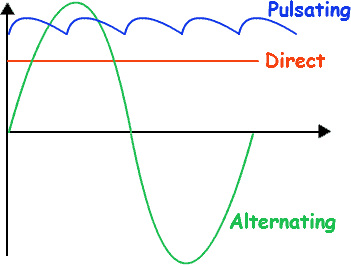 Alternative current is called this way… well because it alternates. Think of it as a continuous sine wave, going up and down, up and down all the time. Energy meters use this sinewave to detect the current, but when you have energy-efficient switching devices, they alter this waveform and create an erratic pattern, which confuses the meters.

If I’m a consumer, however, I care less about Rogowski Coils and Hall Sensors and more about how I can test my meter and make sure it works properly. I want to test it. Well, this can greatly vary from country to country. In the US, most states have a Bureau of Weights and Measures which you can contact for testing your meter. In other parts of the world, there are other accredited inspection companies or bureaus which can test your meter. The problem is, researchers say, that standardized tests don’t make allowance for waveform-contaminating power-consuming appliances. So the test could fall short in exactly the same way your meter does. Therefor, Leferink recommends any consumers who doubt their meter readings to contact their supplier, who will hopefully pass the concerns on to the power grid operator.