Banana-sourced cellulose could level up our ice creams

NaNaNaNa, banana to the rescue!

by Alexandru Micu
in Chemistry, News, Nutrition
A A

Ice cream, while still in its ‘cream’ form, is definitely one of man’s more fortunate inventions. Nice things don’t tend to last long, however, and ice cream is no exception — on the hot days when you need it most, it’ll readily turn into ice soup.

According to an international team of researchers, that’s because our ice cream lacks one vital ingredient: bananas. Tiny cellulose fibers extracted from banana waste, to be exact.

According to a paper that will be presented today (the 21st of March) at the 255th National Meeting & Exposition of the American Chemical Society (ACS) in New Orleans, adding banana-derived cellulose fibers to our ice cream mix would make the end product thicker, harder to melt, and more palatable.

“As a result, this would allow for a more relaxing and enjoyable experience with the food, especially in warm weather,” says Robin Zuluaga Gallego, lead researcher for the study.

Despite the undeniable popularity that ice cream enjoys today, food scientists have long sought to overcome some of its innate drawbacks — chief among them, its tendency to melt. And they seem to really, really want to make ice-cream reconsider its melty ways, as they’ve gone as far as mixing in wood pulp extracts in an effort to keep it more stable under heat. Other, less wooden ways of going about it, have also popped up, such as a paper published last year by Japanese researchers that developed a melt-resistant ice cream based on polyphenols found in strawberries.

Zuluaga’s team, which brought together researchers from Universidad Pontificia Bolivariana, Colombia and the University of Guelph in Canada, set out to investigate a different approach based on bananas instead of strawberries. Much of this came down to sheer practicality — banana plants are considered waste after the fruits have been collected, whereas strawberries don’t leave much by-product after harvesting.

In particular, the team wanted to see if fibrous material extracted banana fruit stems, or rachis, could be used to slow down melting and extend ice cream‘s shelf life. The researchers first harvested cellulose nanofibrils (CNFs) — particles that are thousands of times smaller than the width of a human hair — from ground-up banana rachis. Then, they mixed various concentrations of CNFs (from zero, used as a control, up to 0.3g/100grams of ice cream) and analyzed how this impacted the end product’s physical properties.

Ice cream mixed with CNFs tended to melt significantly more slowly than traditional compositions, the team reports. They also note than CNFs could extend the shelf life of ice cream products, and decrease their sensitivity to temperature changes as they’re being moved about. No more refrozen ice-cream, yay!

It’s not only producers that will see benefits here. CNFs increased the viscosity of low-fat ice cream — viscosity is what gives the item its texture, it’s what puts the ‘cream’ in ice cream. Paper co-author Velásquez Cock also said that CNFs could help stabilize the fats contained in ice creams, meaning they could potentially replace some of the fats — which would slash calories — without having a noticeable effect on taste, texture, or your overall enjoyment of the product.

Next, the researchers plan to test how different types of fat interact with CNFs in ice cream and other frozen foodstuffs.

The paper “Cellulose nanofibrils in ice cream: an analysis of its influence on the matrix structure” will be presented later today at the 255th National Meeting & Exposition of the American Chemical Society (ACS) in New Orleans. You can watch it live here: 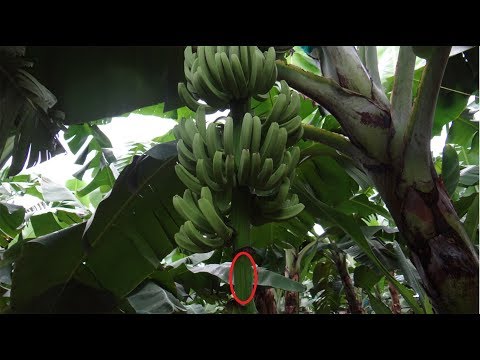