Scientists make most precise measurements of antimatter — but only deepen mystery

Hydrogen and anti-hydrogen are unremarkably the same.

by Tibi Puiu
in News, Physics, Space
A A

Antimatter is, you’ve guessed it, the opposite of matter. When the two meet, they annihilate each other. According to the Big Bang theory, at the ‘T zero’, equal amounts of matter and antimatter were created in the early universe. But today, everything we see from the smallest life forms on Earth to the largest stellar objects is made almost entirely of matter. Why hasn’t all that early matter and antimatter annihilated each other, leaving behind a void as large as the universe itself?

While attempting to answer this very important scientific question, researchers found themselves opening a bigger, more philosophical one. Researchers part of the ALPHA collaboration at the European Organization for Nuclear Research (CERN) performed the most precise measurement of antihydrogen yet, looking for even the slightest differences from hydrogen that might explain the matter-antimatter disparity.

The researchers had to mix 90,000 antiprotons with 3 million positrons (electron anti-matter) to produce 50,000 antihydrogen atoms. The resulting antihydrogen atoms are held in a magnetic trap to prevent them from coming into contact with matter and self-annihilating.

The team led by Jeffrey Hangst, a physicist at Aarhus University in Denmark, studied the anti-matter by analyzing its reaction when it was probed with laser light. Atoms from different types of matter absorb different frequencies of light, and according to one prevailing theory, hydrogen and anti-hydrogen should absorb the same frequencies of light. 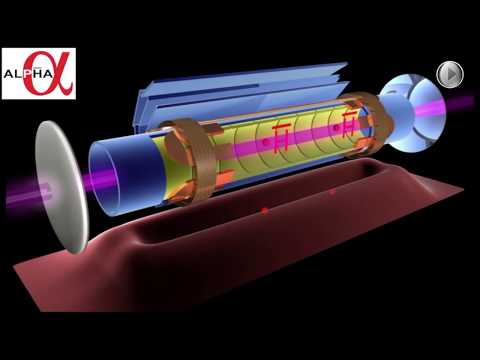 Unfortunately, despite the impressive science involved, the new study doesn’t tell us anything more than we already knew. However, Ulmer says that perhaps a deviation at an even greater level of precision could have tipped the scale, which is why he and his team is shooting for even better precision for the next experiment.

“Although the precision still falls short for that of ordinary hydrogen, the rapid progress made by ALPHA suggests hydrogen-like precision in antihydrogen (measurements)… are now within reach,” said Hangst in a statement.