Take a look at this image. What do you think it is?

by Mihai Andrei
in Anatomy, News, Technology
Reading Time: 3 mins read
A A
Share on FacebookShare on TwitterSubmit to Reddit

Take a look at the image below. What would you think it is? 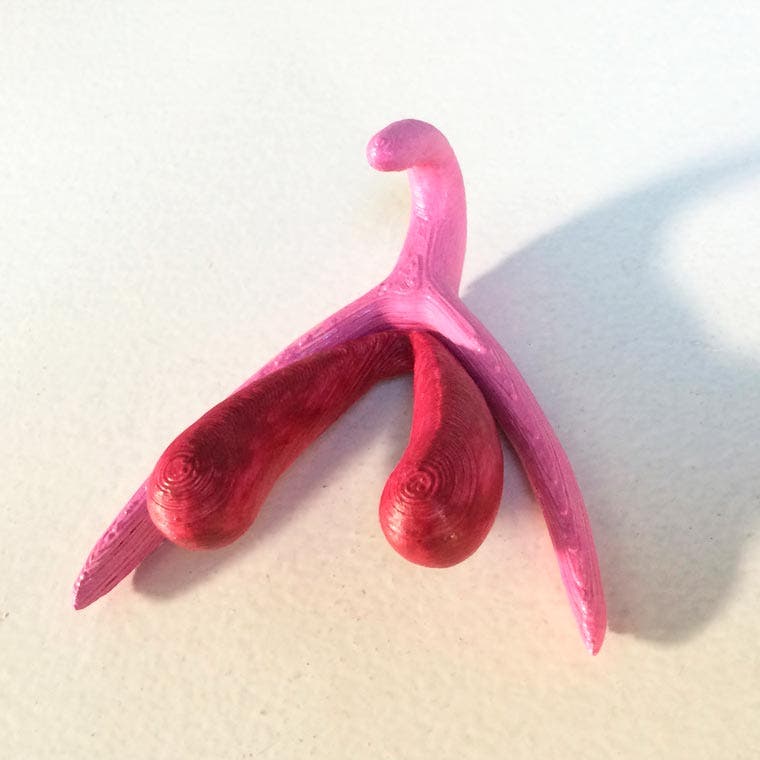 Most people would probably say it looks like a weird alien, a fleur-de-lys or a tulip emoji. But this is actually an anatomically-correct 3D-printed clitoris. Pupils in France will use it to learn about the human anatomy and dispel common myths around it. The project was created by the independent researcher in sociology and popular science, Odile Fillod, in collaboration with photographer Marie Docher.

It’s the first time such a model was created, which is pretty surprising. Its creators used highly accurate three-dimensional MRI scans gathered in 2009. The thing is, before these models, we weren’t really sure how the clitoris looks like in detail, and to be honest, it probably looks nothing like we’d expect.

By now you’re probably wondering why it looks like this. Isn’t the clitoris the pea-sized organ in the female genitals that can be used for sexual pleasure? Well, the latter may be true, but the first part is exactly the kind of myth scientists and educators hope to dispel.

First of all, it’s not small. It’s not “pea-sized” as many anatomical textbooks present it, and it can greatly vary in size. It also shows why penetrative sex can lead to a similar type of pleasure: the clitoris encircles the vagina. So in a way, women don’t have two kinds of orgasms, they’re both caused by the clitoris (but in different ways). Lastly, the clitoris is definitely not the female equivalent of the male penis, as some would have you believe.

In fact, in light of this model, most presentation of the clitoris seem downright silly. I’m glad models like this are created and I think they can be helpful for many people. For both men and women they can shed some light on how the human body actually looks like. We could also learn a thing or two about how it works and let’s face it – knowing how the clitoris works does have its perks.

If you like this project or want to share it with your students (or why not, friends), then you can make your own virtual clitoris. I recommend reading this article on Makery, and then, print your own clitoris! 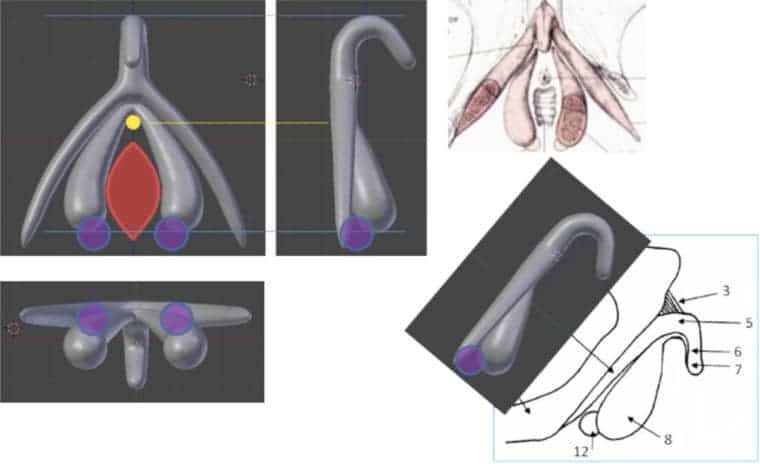