Welcome to the Meghalayan Age — you’re living in it

Geologists used climatic changes to define the new period -- but not everyone agrees.

Geologists have classified the last 12,000 years into three distinct eras. We are now living in the Meghalayan Age, characterized by a megadrought that wiped out several civilizations around the world.

Researchers like to classify things. They might not always agree on how to do it or where to draw the line, but splitting things into smaller categories often makes scientists’ life much easier. Time is no exception.

Geologists have split up the 4.5-billion-year-old history of the Earth into eras, epochs, and periods. The International Chronostratigraphic Chart, the famous diagram you’ve probably seen at some point in your life, is the result of that.

It all starts from the Hadean, named after Hades, the Greek God of the underworld, and moves on to the more familiar Cambrian, when macroscopic life evolved. Fast-forward a few hundred million years, and we’re in the dinosaur-ruled Jurassic and Cretaceous periods. Closer to our age, we have the Quaternary, which started 2.58 million years ago and continues to the current day. 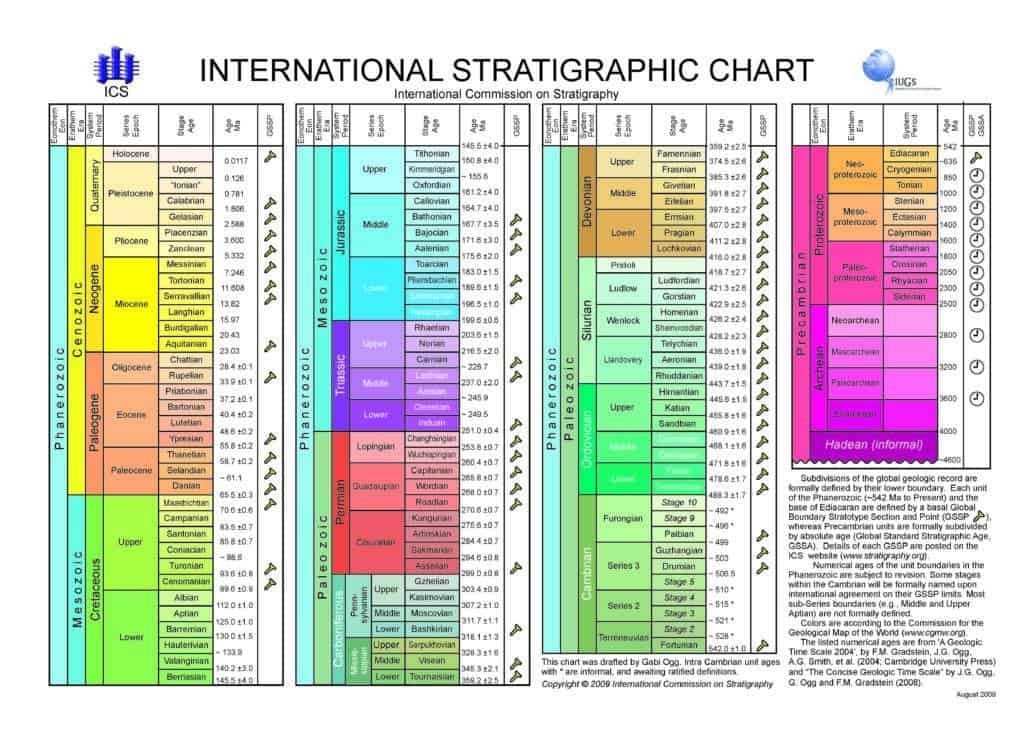 Each slice of time corresponds to a significant event — be it a climatic event, the emergence of a particular type of life, or a mass extinction.

Currently, we’re living in the Holocene (a subdivision of the Quaternary). The Holocene represents everything that’s happened in the past 11,700 years — an almost negligible period at a geological scale, but also a period which encompasses the near entirety of human history.

The Holocene kicked off with a dramatic warming which ended the last ice age. But the Holocene itself can be further divided.

For instance, the International Commission on Stratigraphy (ICS), the organization in charge of establishing these time frames, now says that we are currently living in the Meghalayan, which debuted 4,200 years ago with a destructive drought whose effects lasted two centuries and severely affected civilizations in Egypt, Greece, Syria, Palestine, Mesopotamia, the Indus Valley, and the Yangtze River Valley.

The earliest stage of the Holocene is now called the Greenlandian, and the middle period was named the Northgrippian, which runs from 8,300 years ago up to the start of the Meghalayan.

Not everyone agrees with this new classification, as many geologists question whether some of the climate shifts should be used as anchors to define these new periods. Furthermore, other scientists argue that if we are classifying using this method, then we need to discuss including a separate period to categorize the current, man-made climate change.

This is not a novel idea, and this proposed period has been tentatively referred to as the Anthropocene (Anthropos is Greek for human). However, the ICS instead chose to opt for the Meghalayan instead of the Anthropocene — which, in all fairness, doesn’t pre-empt a future designation.