Iranian is the first woman to win prestigious math award

by Henry Conrad
in Mathematics, News
A A

Maryam Mirzakhani, who was born and raised in Iran, has been awarded the highest honour a mathematician can attain: the Fields Medal. 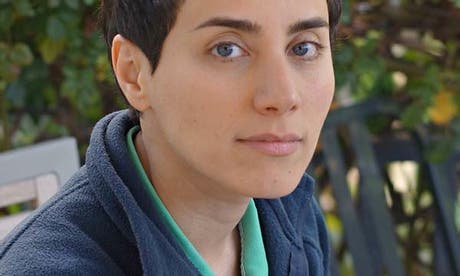 It’s one of those moments which will go down in history – for the first time in almos 80 years, a woman has won the Fields Medal (officially known as the International Medal for Outstanding Discoveries in Mathematics). Maryam Mirzakhani, an Iranian maths professor at Stanford University in California was rumoured to be among the favorites for quite a while, due to her groundbreaking studies, which seem downright esoterical to less mathematical minds.

Born and raised in Iran, Mirzakhani completed a PhD at Harvard in 2004, even though her childhood passion was literature.

“I dreamed of becoming a writer,” she said in an interview for the Clay Mathematics Institute (CMI) in 2008. “I never thought I would pursue mathematics before my last year in high school.”

Nowadays, she works on geometric structures on surfaces and their deformations. She has a particular interest in hyperbolic planes, which can look like the edges of curly kale leaves. As a matter of fact, hyperbolic planes are so strange that they may be easier to crochet than explain. Mirzakhani says that while advanced math is not for everybody, most students don’t give math enough chances. Frances Kirwan at Oxford University, one of Britain’s leading mathematicians, said:

“Maths is a hugely rewarding subject, but sadly many children lose confidence very early and never reap those rewards. It has traditionally been regarded as a male preserve, though women are known to have contributed to its development for centuries – more than 16 centuries if we go back to Hypatia of Alexandria.

This may also motivate more female students to dive even deeper into research and academic careers.

“In recent years around 40% of UK undergraduates studying maths have been women, but that proportion declines very rapidly when we look at the numbers progressing to PhDs and beyond. I hope that this award will inspire lots more girls and young women, in this country and around the world, to believe in their own abilities and aim to be the Fields medallists of the future.”