In 2002, Jason Padgett was brutally attacked outside a karaoke bar, getting a brain concussion and a severe case of PTSD. But this may have actually been the best thing that happened to him - the brain injury turned him into a mathematical genius, and made him see the world differently, through a geometrical lens.

by Mihai Andrei
in Mathematics, Mind & Brain
Reading Time: 3 mins read
A A
Share on FacebookShare on TwitterSubmit to Reddit

In 2002, Jason Padgett was brutally attacked outside a karaoke bar, getting a brain concussion and a severe case of PTSD. But this may have actually been the best thing that happened to him – the brain injury turned him into a mathematical genius, and enabled him to see the world differently, through a geometrical lens.

Jason D. Padgett used to be a struggling futon salesman with basically no interest in academia. Now, he is a number theorist with Acquired Savant Syndrome – Savant syndrome is a condition in which a person demonstrates profound and remarkable knowledge after suffering a physical or psychological trauma. Savant skills are usually found in one or more of five major areas: art, musical abilities, calendar calculation, mathematics, and spatial skills and as many as 50 cases of sudden or acquired savant syndrome have been reported, thought likely many more go unreported. But even so, the syndrome is extremely rare, and for someone to develop sudden mathematical skills, that’s even rarer.

Recovering from his concussion, Padgett suddenly started to see the world differently. It was pixelated and appeared as “discrete picture frames with a line connecting them, but still at real speed”. He also started to see geometric shapes everywhere he looked:

“I see shapes and angles everywhere in real life” — from the geometry of a rainbow, to the fractals in water spiralling down a drain, Padgett told Live Science. “It’s just really beautiful.”

Before he knew it, he started drawing complex geometrical shapes frequently, without even understanding what it is that he’s drawing. It was only after a physicist saw him drawing in a mall and advised him to study mathematics that he started to understand what happened. As it turns out, the hit to his head unlocked a part of his brain that makes the world appear to have a mathematical structure. He also developed synesthesia, a phenomenon that mingles the senses together, allowing him for example to see numbers as geometrical figures. 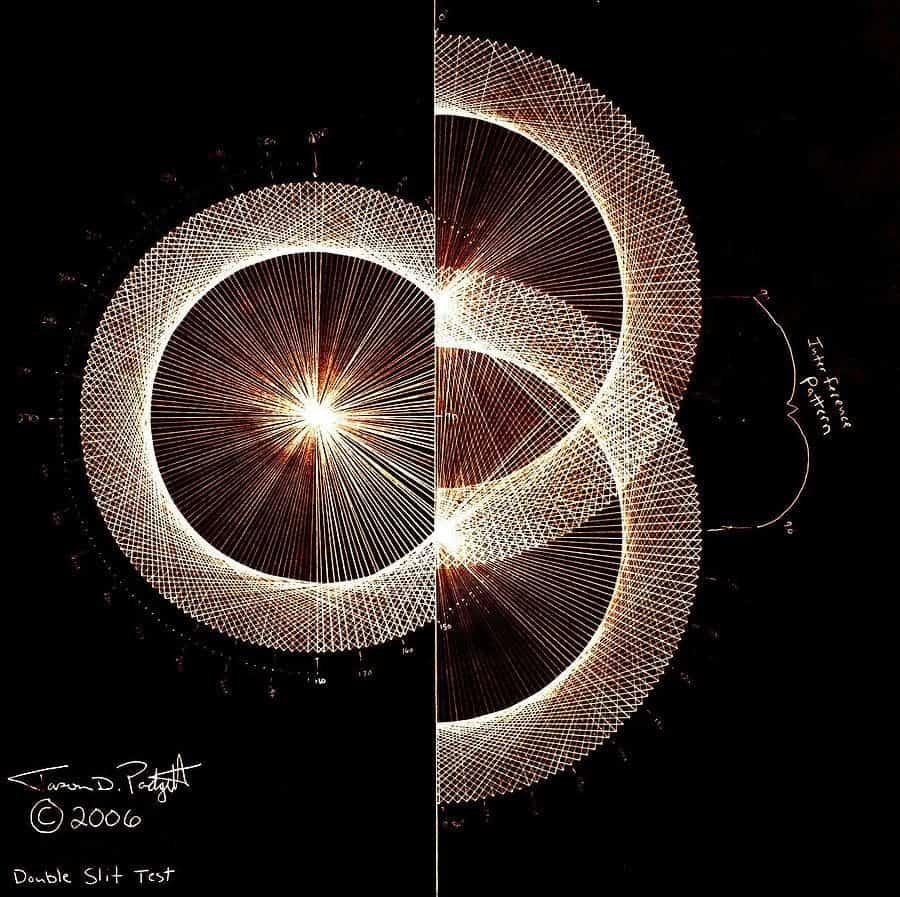 Fascinated by what was causing these unique abilities, neuroscientists began conducting studies of Padgett’s brain. New, using functional magnetic resonance imaging (fMRI) and transcranial magnetic stimulation, they believe they might have figured out what happened to him. Basically, Padgett’s parietal cortex seemed to be causing his unusual abilities. The parietal lobe integrates sensory information among various modalities, including spatial sense and navigation and is the main area in the brain for analyzing sensorial information. When his parietal lobe became damaged, he began analyzing one type of sensorial information as another, which increased his perception and allowed him to see the world in a new way.

According to Berit Brogaard, a philosophy professor now at the University of Miami, who led the research on Padgett, everyone can become a math whiz like Padgett, but this phenomenon usually slows down and fades away in time. In addition to head injuries, mental disease has also been known to reveal latent abilities.

But before you get excited and start zapping your head to become a math genius, know this: we’re not yet sure what are the downsides are. So far, Padgett developed a severe case of PTSD and obsessive compulsive disorder, but there may be other problems lurking in his brain. But Padgett wouldn’t give up his new abilities for the world: