by Mihai Andrei
in Mathematics
Reading Time: 2 mins read
A A
Share on FacebookShare on TwitterSubmit to Reddit

Prediction made by UCLA geographers Thomas Gillespie, John Agnew, and a whole class of undergrads regarding where Osama Bin Laden might be hiding turned out to be surprisingly accurate, surprising scientists and authorities alike. They created a probabilistic model which concluded that there is a 88.9% chance that he is hiding in a city less than 300 km from his last known location in Tora Bora: a region that included Abbottabad, Pakistan, where he was killed. But that’s not the only thing they predicted. 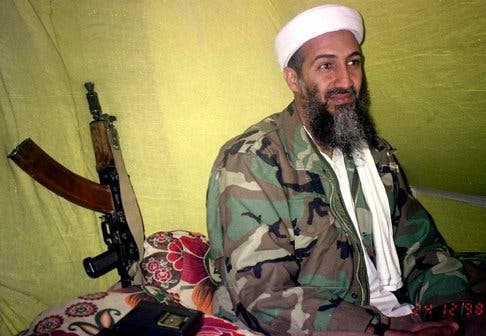 The idea for this project came in an undergraduate course on remote sensing that Gillespie taught, who used his experience with remote sensing from satellites to study ecosystems. Using the same system, the students created a model which predicted where it’s the most likely for Bin Laden to be.

“The theory was basically that if you’re going to try and survive, you’re going to a region with a low extinction rate: a large town,” Gillespie says. “We hypothesized he wouldn’t be in a small town where people could report on him.”

Even though this study is not up his alley, he tracked down the terrorist using the same theories he uses to track down endangered wildlife.

“It’s not my thing to do this type of [terrorism] stuff,” he says. “But the same theories we use to study endangered birds can be used to do this.”

In the end, after applying many remote sensing theories and a healthy dose of common sense, they narrowed it down to the right place, and even made assumptions about which building he might be in, considering high enough ceilings to accomodate his needs, which include bin Laden’s 6’4” frame, a fence, privacy, and electricity.

The undergrads did such a good thing on the project, that everybody wanted to know more details about it, from USA today to scientific papers. However, the late Al Qaeda leader made a bad choice of real estate, in Gillespie’s opinion. “An inconspicuous house would have suited him better.”