by Dragos Mitrica
in Geology, Neurology, News, Videos
Reading Time: 2 mins read
A A
Share on FacebookShare on TwitterSubmit to Reddit

A crater wall collapse in a Hawaiian volcano has triggered a powerful lava explosion. The Kilauea explosion spread lava and debris around it, in a spectacular display which was caught on camera by the USGS. Material was thrown 280 feet (85 meters) up into the air. 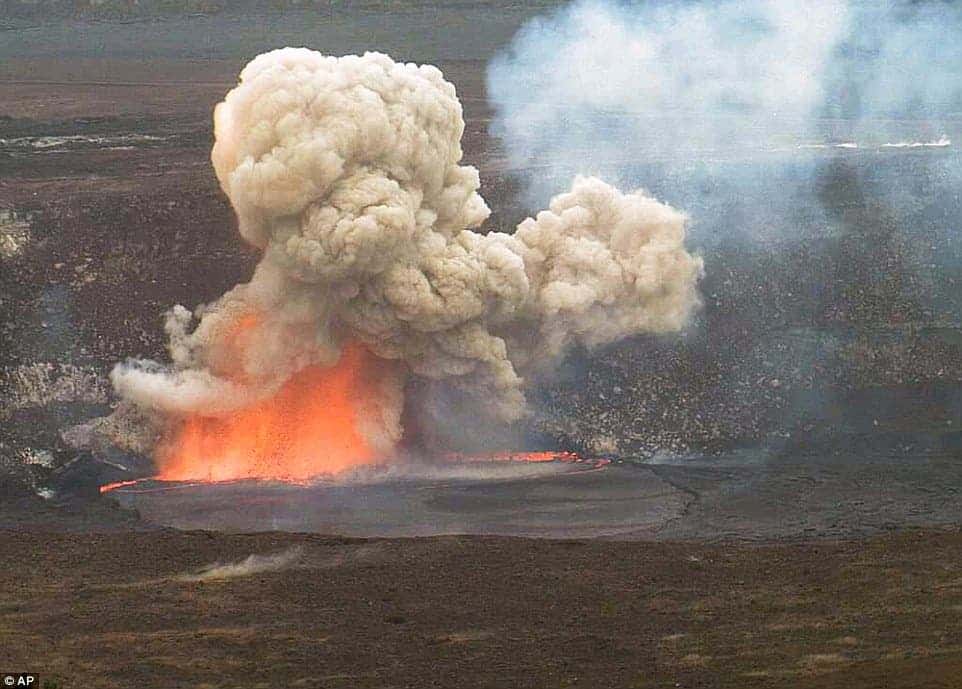 Janet Babb, a geologist with the USGS, compared the blast to popping a champagne bottle with a hammer:

“You look at the bottle and you see the liquid, but you don’t see the gas,” she said. “There’s a lot of gas in the lava. And so, when that rock fall hits the lava lake, it’s like the moment you knock the top of the champagne bottle off and that gas is released and it hurls molten lava and rock fragments.”

Thankfully, no injuries were reported after the incident at the crater, which has been shut off to visitors. It’s the first time lava has been visible in the crater since 1982, when a fissure cracked and the volcano erupted. The last time there was a lake similar to this one was in 1974. From the early 1800s up until 1924, there was a continuous lake of lava at Kilauea summit within Halemaumau. At that time, the crater was about half the diameter of what it is now. 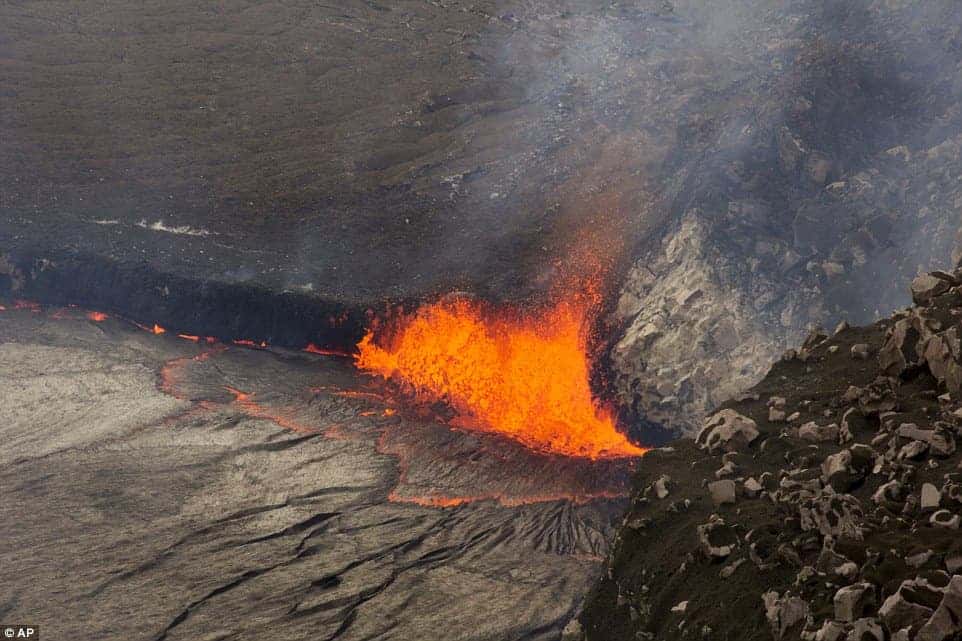 Here’s the video footage captured by the USGS:

The Kilauea  Volcano is a very active shield volcano, a product of the Hawaiian hotspot. The most recent major eruption at Kīlauea has also proved by far the longest-lived. The current Kīlauea eruption began on January 3, 1983, along the eastern rift zone, and the volcano has been considered to be active ever since. A magnitude 3.6 earthquake accompanied the explosion.