Meteorites pummeled our planet with gold

by Mihai Andrei
in Chemistry, Geology
Reading Time: 3 mins read
A A
Share on FacebookShare on TwitterSubmit to Reddit

Your earrings, your wedding ring, the platinum in your computer of phone – all of them might be alien artefacts. . According to a team led by Matthias Willbold of the University of Bristol, U.K., gold, platinum, and other precious metals were brought to Earth by a massive meteor shower. 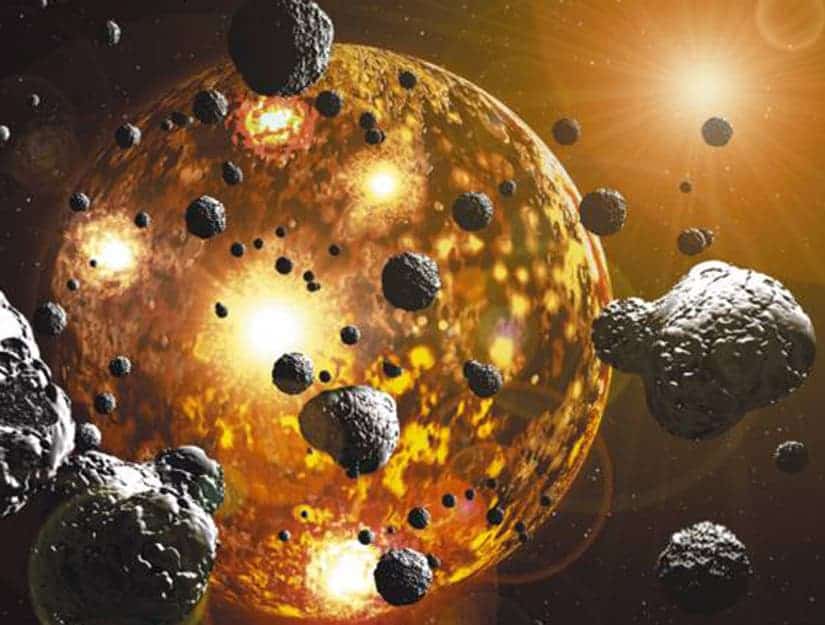 What happens is that certain metals, such as the gold, platinum, nickel, tungsten and iridium are attracted to iron; iron is the main ingredient in Earth’s core, so when our planet was still a molten mass, these elements should have migrated to Earth’s center, thus leaving our planet stripped of almost all its precious metals. However, the crust is riddled with them – how can this be?

Geologists have long theoretized that Earth was bombarded with meteorites between 3.8 and 4 billion years ago, studding the early crust with our favorite shiny metals. These metals then became incorporated into the modern mantle over time. The idea seems to be backed up by the existance of craters on the Moon, which date back to the same time, suggesting that the satellite was hit too by this slew of meteorites. Now, even more research seems to back this theory up.

Matthias Willbold and his team sampled ancient rocks from southwest Greenland that formed some of the Earth’s earliest crust, earlier than the bombardment and compared them with newer rocks from other places, representing the modern mantle. They found distinct differences in concentrations of tungsten isotopes.

“This is a sort of a time capsule that gave us the possibility to calculate how much material had to be added to the Earth to satisfy the tungsten isotopic composition that we find in the Earth today,” Willbold said. “It is so far the best isotopic or geochemical evidence that late bombardment ever happened,” he added.

This is indeed a major leap forward, and was applauded by other scientists as well.

“Our ability to measure these (isotopes) precisely enough to see these differences is just opening a totally new window into early planet formation,” said Richard Carlson of the Carnegie Institution of Washington who has also studied early Earth using isotopes.

According to their calculations, about half percent of the material in the mantle was added by those meteorites.

“That sounds like not really much, but it’s about 300 billion billion tons of material,” Willbold said. “All the precious metals that we find today — and probably also water — have been introduced to the accessible Earth from these late stage meteorites”. 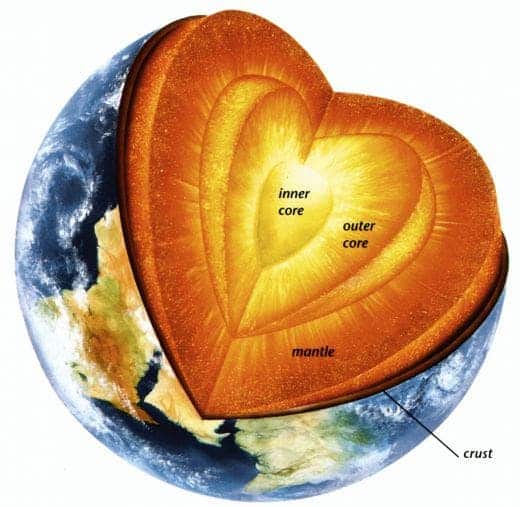 However, these events were without a doubt devastating for that time’s planet, possibly delaying life by hundreds of millions of years. However, another possibility is that it created the conditions necessary for life to appear.

Carlson explained the early bombardment of meteorites would have been “a terrible event for life. It probably would have melted the planet, blown off any existing atmosphere.”, but he also adds that

“It’s possible that this late veneer brought in the goodies afterward and it brought them in gently enough that they stuck around. I don’t know that it brought in life, but it brought in maybe the constituents of it: the water, the right kind of surface temperatures, and the atmosphere that is conducive to life.”