An eruption from an underwater volcano in the Pacific 'Ring of Fire' caused a 1-km wide island to form.

An eruption from an underwater volcano in the Pacific ‘Ring of Fire’ caused a 1-km wide island to form. 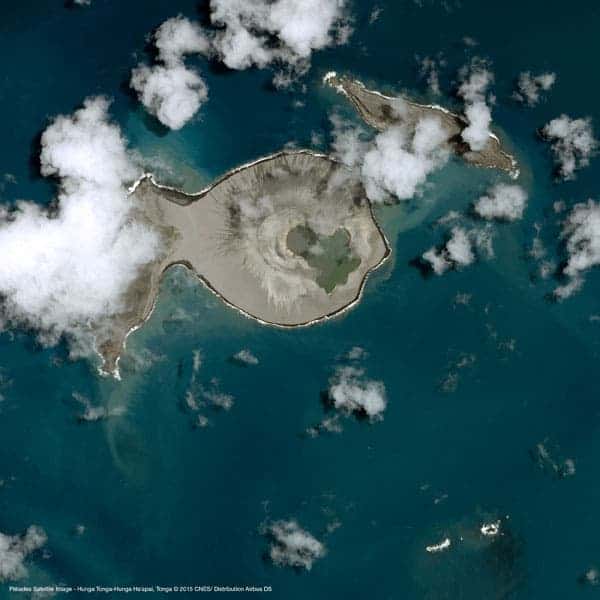 Satellite footage from January showed how the island formed, due to an eruption from the Hunga Tonga underwater volcano, near Tonga. The Hunga Tonga-Hunga Haʻapai is a volcano located about 30 kilometres (19 mi) south-southeast of the Tonga Falcon island, is located above a very active subduction area, extending from New Zealand north-northeast to Fiji. As the tectonic plate subducts, it starts to “melt” under high heat and pressure, and the superheated rock is forced to the surface.

Thus, the formation of new islands is not really that uncommon; however, most islands don’t really last for a long time, due to their weak composition and lack of cohesion. Aside for creating this new island, the eruption also killed the vegetation from the two neighbouring islands. Here’s an image of the area, before and after the eruption: 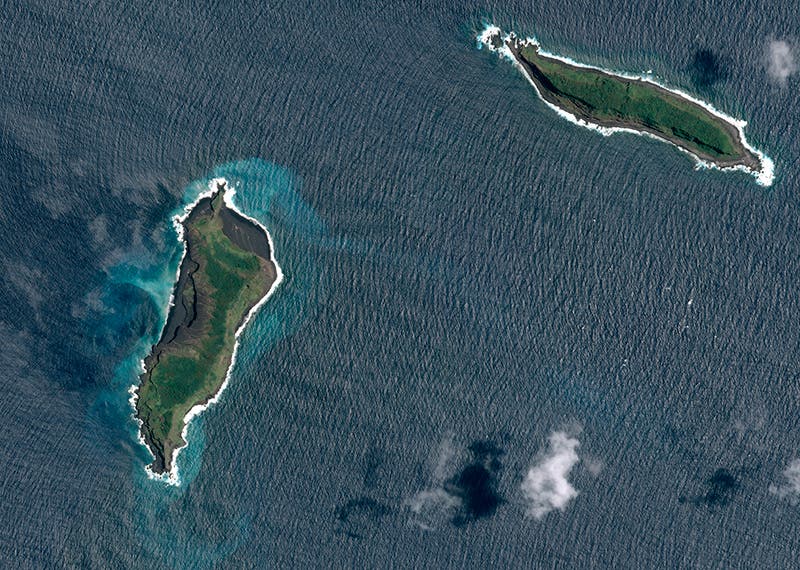 The most recent activity began on 19 December 2014 and the eruption continued into 2015, as steam, ash and nitrogen were blasted into the sky. Despite the volcano’s ongoing eruption, which was spewing a steam cloud 1 kilometre (0.62 mi) into the air, international flights to Tonga resumed on January 16. Geologists from Tonga and New Zealand who visited the volcano noted that the eruption seemed to have stopped and ash emission was limited, although magma rocks hitting the ocean still caused some steam explosions.

Birds have already started nesting there.