The world’s largest canyon may lie under Antarctic Ice

British researchers have just made a stunning discovery - the biggest canyon may not be in the US or China but under Antarctic ice.

British researchers have just made a stunning discovery – the biggest canyon may not be in the US or China but under Antarctic ice.

The startling discovery was made by researchers from the UK’s Durham and Newcastle universities and Imperial College London. Conducting an analysis of satellite data revealed what seems to be a 621 miles long canyon (1000 km), sometimes 3,280 feet deep (1000 meters).

Lead researcher, Dr Stewart Jamieson, from the Department of Geography at Durham University in the UK, said:

“Our analysis provides the first evidence that a huge canyon and a possible lake are present beneath the ice in Princess Elizabeth Land. It’s astonishing to think that such large features could have avoided detection for so long.

This is a region of the Earth that is bigger than the UK and yet we still know little about what lies beneath the ice. In fact, the bed of Antarctica is less well known than the surface of Mars. If we can gain better knowledge of the buried landscape we will be better equipped to understand how the ice sheet responds to changes in climate.”

Faint traces of the canyon were observed using satellite imagery. Some small sections were scanned with radio-echo sounding data, passing through the ice and revealing features of the sub-ice rock. 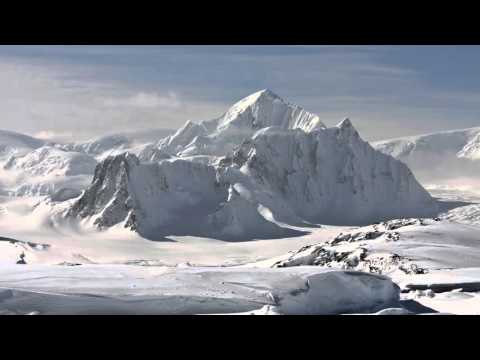 In a press release, Martin Siegert, a professor at the Grantham Institute at Imperial College London, called the discovery “tantalizing” but warned that it has to be confirmed.

“Geoscientists in Antarctica are carrying out experiments to confirm what we think we are seeing from the initial data, and we hope to announce our findings at a meeting of the ICECAP2 collaboration, at Imperial, later in 2016,” he said.

The team believes that the potential canyon was carved by water and the current ice was formed on top of it. Further analysis showed that the canyon may be connected to a previously undiscovered subglacial lake. If the data is correct, the lake could cover up to 1250km² – almost as big as London.

“Antarctic scientists have long recognised that because the way ice flows, the landscape beneath the ice sheet was subtly reflected in the topography of the ice sheet surface. Despite this, these vast deep canyons and potential large lake had been overlooked entirely.

Our identification of this landscape has only been possible through the recent acquisition, compilation and open availability of satellite data by many different organisations (e.g. NASA, ESA and the US National Snow and Ice Data Center), to whom we are very grateful, and because of some serendipitous reconnaissance radio-echo sounding data acquired over the canyons by the ICECAP project during past Antarctic field seasons.”

Right now, the team will try to confirm their hypothesis through on-site geophysical methods. They have reportedly already started to survey the area.