Next supercontinent will be called Amasia, and will be centered around the North Pole

Based on how the tectonic plates are moving now, no later than one hundred million years, Asia and the Americas will merge into one huge supercontinent, named Amasia. Geophysicists have long theoretized this, but a team of researchers from Yale University offered a new view on how Amasia will be formed.

Continental drift was proposed by Alfred Wegener in 1912, and it was proven right soon afterwards. Basically, it states that the Earth’s continents are in a state of relative motion, a theory which was improved in the 60s with the tectonic plates theory. Basically, the whole crust on our planet can be split into ten major tectonic plates which moves as the seafloor spreads.

As almost always with geology, in order to understand something taking place now, we have to take a look into our planet’s past. The Earth’s first supercontinent, Rodinia, was formed 1.1 billion years ago and lasted until 750 million years ago, and was surrounded by a huge planetary ocean called Mirovia. 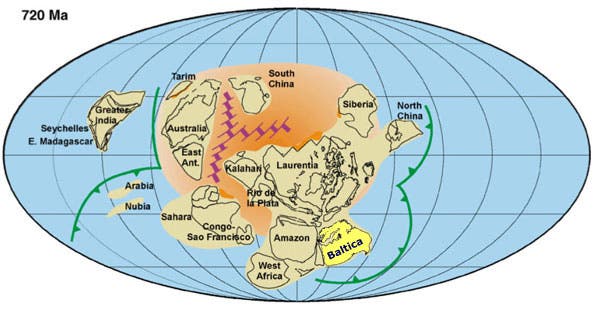 However, tectonic plates didn’t stop moving, so the continent split and reformed again and 250 million years ago, Pangaea, the next supercontinent was formed, surrounded by an ocean called Panthalassa. However, this didn’t last forever either, and continents started to rescramble into pretty much what we see today.

A great part of the information we have about these supercontinents comes from geopaleomagnetic measurements (‘geo‘ means ‘earth’, ‘paleo‘ means ‘old’). When certain minerals are formed, they ‘lock’ in a record of the intensity and direction of the magnetic field when they formed. This record can be analyzed hundreds of millions later and still hold highly accurate indications about the tectonic plates they were formed in.

Yale University geology and geophysics professor David Evans, along with graduate students Taylor Kilian and Ross N. Mitchell, studied the magnetism in some ancient rocks to figure out when they were positioned when they formed and how they moved as the years passed. 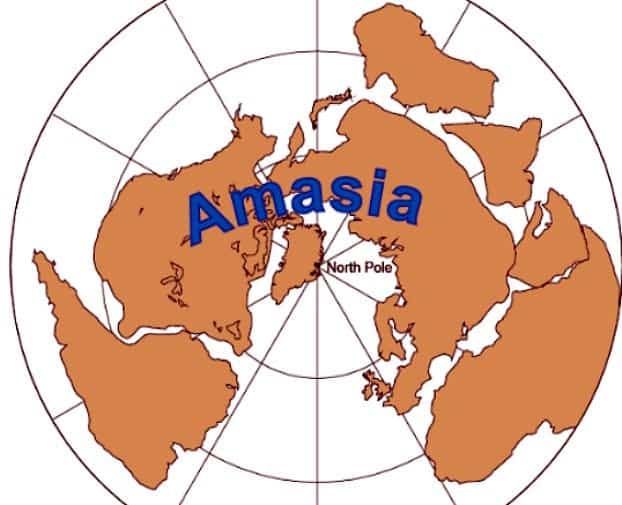 “The Americas will remain in the Pacific ‘ring of fire’ girdle of post-Pangaean subduction, closing the Arctic Ocean and Caribbean Sea,” the Yale geophysicists wrote in a Nature journal article published today. In other words, they think Amasia will form over the Arctic, 90 degrees away from the original Pangea.

To geologists, this geophysical idea sounds perfect, as previous supercontinents appear to have formed successively at 90 degrees to each other. After all, Asia and the Americas are already tied together by economic and social issues – and 100 million years from now, they will be literally tied.