Florida country radio morning-show hosts Val St. John and Scott Fish are currently serving indefinite suspensions and possibly criminal charges for what can only be described as a successful April Fools. They told their listeners that “dihydrogen monoxide” was coming out of the taps throughout the Fort Myers area – as I’m sure you all know, dihydrogen monoxide, or H2O is nothing but water. 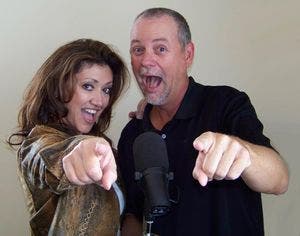 As it turns out, their readers unwittingly panicked so much that Lee County utility officials had to issue a county-wide statement calming the fears of chemistry impaired Floridians. 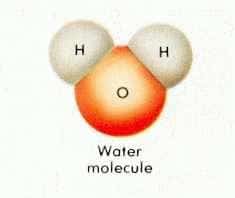 I wasn’t really able to find any audio evidence of how this prank was played because now authorities are trying to prove the DJs are guilty of a felony; they may have pushed it a little too far. Now, I’m not really familiar with Florida laws but… technically, they didn’t say anything wrong – I mean, it’s the same as telling people there’s a potent parasympathomimetic alkaloid (nicotine) in their cigarettes or Streptococcus thermophilus bacteria in their yogurt. I can understand them being suspended if things escalated to this level (though again, it was a really successful April Fools), but facing a felony charge because the gross majority of Florida doesn’t even know the chemical formula of water? If anything, I’d penalize the education system.

“My understanding is it is a felony to call in a false water quality issue,” Diane Holm, a public information officer for Lee County, told WTSP, while Renda stood firm about his deejays: “They will have to deal with the circumstances.”

I was pretty curious about this, so I called my family and some friends and told them to be careful, because dihydrogen monoxide has leaked into the tap water. The answers I got varied from “What… water?” to “You’re stupid”.

But apparently, calling water by its scientific name is a false water quality issue, blamed by both the authorities and the general public. A poll conducted on GatorCountry asked if the 2 should return to radio, and 78 percent of the answers were ‘Never‘. Sheesh… I just hope all these people would sit down, get a big cup, infuse some Camellia sinensis in dihydrogen monoxide, grab a graphite based writing implement and a chemistry manual, and thoroughly read it and take notes.