Cervical cancer could be a thing of the past by 2100

The challenge is greater in the world’s poorest countries.

Cervical cancer could be effectively eliminated in most countries by 2100. Experts believe that the scourge of a disease that kills more than 300,000 women globally every year could be ended by the end of the 21st century.

Cervical cancer is caused by a virus called human papillomavirus (HPV). HPV spreads through sexual contact. Most women’s bodies can effectively fight and clear the HPV infection but in a small number of women, the virus survives for years. Long term infection with the virus can lead to the conversion of normal cells on the surface of the cervix into cancerous cells.

The HPV vaccine, which protects against the virus that causes most cases, has dramatically reduced incidences of cervical cancer wherever uptake has been high. In Australia, for example, cervical cancer will soon be a rarity with fewer than six new cases per 100,000 women by 2022 and fewer than four new cases per 100,000 women by 2035, according to research published in The Lancet Public Health. With this, Australia is set to become the first country in the world to effectively eliminate cervical cancer as a public health issue within 20 years, thanks to national vaccination and screening programs.

Cervical screening and vaccination have been implemented in most high-income countries; however, coverage in low-income and middle-income countries (LMICs) is low. The Director-General of the World Health Organization (WHO) is calling for coordinated global efforts to eliminate the disease.

We know #CervicalCancer can be prevented by vaccinating against its cause, human papillomavirus, or HPV. We call on all countries to introduce HPV vaccination programmes, and we call on all parents to vaccinate their daughters. Yes, HPV #VaccinesWork. https://t.co/gwCmGIDHVZ

According to research from experts at the Cancer Council New South Wales, International Agency for Research on Cancer, and Albert Einstein College of Medicine, if the global community were to do nothing, 600,000 women will be diagnosed with cervical cancer by 2020, rising to 1.3 million a year by 2069 with an estimated 44.4 million women getting cervical cancer between 2020 and 2069. The researchers also say 12.4 million to 13.4 million cases of the disease could be prevented in the next 50 years by implementing high vaccine and screening coverage in all countries. By the end of the century, the global caseload could go down to less than four in 100,000 women – a level at which cervical cancer can be considered effectively eliminated. The research was published in the journal Lancet Oncology and used data from 37 cancer registries in 8 global regions, ranging from very high income to low income, along with data about population growth and aging patterns.

HPV vaccination programs have run into opposition in some places. In some communities, families have chosen not to have their daughters vaccinated on the belief that the only sexual partner their daughters will ever have is their husband. In other places, uptake has plummeted after the release of documentary films about young girls who apparently became ill after vaccination, with chronic fatigue and pains. Japan has suspended “proactive” recommendation of HPV vaccination in June 2013. The Japanese government’s decision to stop actively recommending HPV vaccination has, to an extent, encouraged regulators and patients in other countries to question the value of HPV vaccination. However, a review by the European Medicines Agency concluded that the vaccines were not responsible for specific syndromes in young girls with symptoms that may overlap with chronic fatigue syndrome. In addition, the largest-ever overview of all available safety data from 2006 to 2015, published in the Pediatric Infectious Disease Journal, as well as another BMJ study involving about a million girls in Denmark and Sweden, found no association between the HPV vaccine and a range of harms, including autoimmune, neurological, and cardiovascular adverse events. 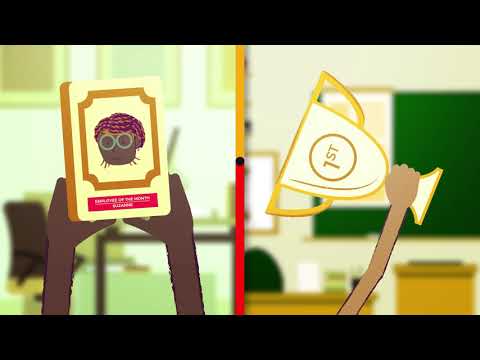