Scientists zoom in on blood test for cancer

The test is quick and almost painless.

by Mihai Andrei
in Health & Medicine, News, Science
A A 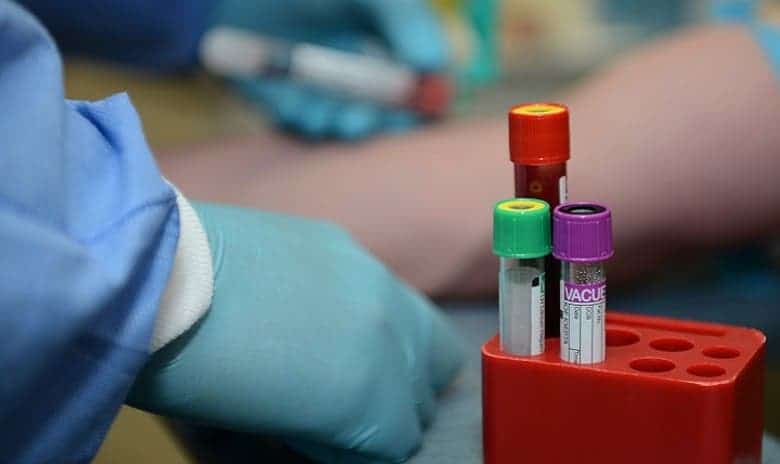 Despite dramatic progress, cancer is still one of the world’s biggest health concerns. The best defense against cancer is prevention, but in the case something does happen, early prevention is key. However, most cancer tests are time-consuming, expensive, and can be quite unpleasant.

Blood tests for cancer are not a novel idea. Several studies have approached this technique, mostly relying on the idea that cancer cells release cell-free DNA (cfDNA) into the bloodstream, and this cfDNA can be detected. However, the sensitivity and accuracy of these tests and their ability to detect early-stage cancers remain quite low.

A blood test aimed at detecting cancer from pieces of DNA from tumor cells that are in the blood. A liquid biopsy may be used to help find cancer at an early stage, but also to plan treatment or to find out how well treatment is working or if cancer has come back. Being able to take multiple samples of blood over time may also help doctors understand what kind of molecular changes are taking place in a tumor. This type of test is generally quicker and not painful.

“The use of liquid biopsies for cancer detection and management is rapidly gaining prominence,” researchers write in the study. “Current methods for the detection of circulating tumour DNA involve sequencing somatic mutations using cell-free DNA, but the sensitivity of these methods may be low among patients with early-stage cancer given the limited number of recurrent mutations. By contrast, large-scale epigenetic alterations—which are tissue- and cancer-type specific—are not similarly constrained and therefore potentially have greater ability to detect and classify cancers in patients with early-stage disease.”

Another approach is to look for methyl groups occurring in cfDNA. In a new study, Daniel De Carvalho and colleagues developed a technique to isolate, detect, and profile low levels of this methylated DNA — which appeared to be more accurate than previous blood tests. They also carried out a set of machine-learning analyses to rigorously evaluate the utility of the findings in cancer detection and classification, which improved detection rates.

Using this approach, they were able to identify DNA methylation in cfDNA from 24 early-stage pancreatic cancer patients, distinguishing them from the healthy control volunteers. Additionally, in 388 samples from seven different tumour types (acute myeloid leukaemia, and pancreatic, colorectal, breast, lung, renal, and bladder cancer) and healthy donors, the test could identify the type of cancers.

While the results still need to be replicated and confirmed, but for now, they seem very promising.