It's common for species to be named after a person, most often the scientist who first discovered them. Recently, many biologists have resorted to naming new species to science after celebrities to spark interest among laymen, especially if the new species is endangered.

by Tibi Puiu
Reading Time: 6 mins read
A A

In every country, people have their own common names for plants and animals. In the scientific community, each species is given an unique name in Latin so that identification becomes unambiguous and not dependant on  language, region or knowledge. Latin is the historical language of scholars and has been in use since Linnaeus first published his book on the systematic naming of plants. Since Latin is a dead language, it doesn’t evolve so this is helpful. Then again, since no one speaks Latin, regular folks just can’t seem to remember species’ names. Here are some: dog (Canis lupus familiaris), cattle (Bos taurus), bee (Tetragonula carbonaria), wild boar (Sus scrofa). It’s a tongue twister for many.

It’s common for species to be named after a person, most often the scientist who first discovered them. Recently, many biologists have resorted to naming new species to science after celebrities to spark interest among laymen, especially if the new species is endangered. 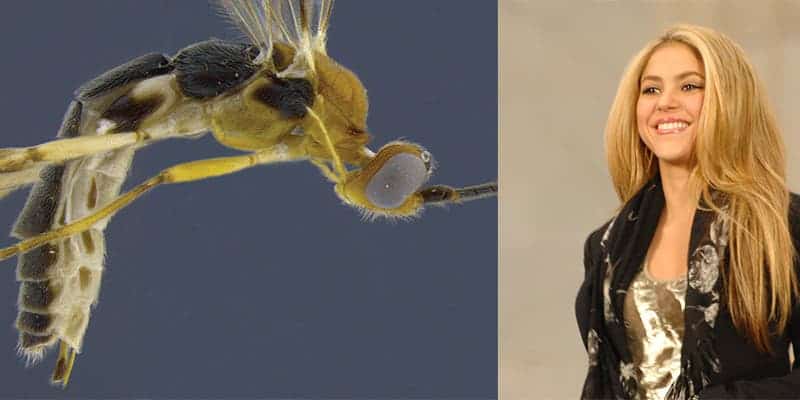 Aleiodes shakirae was discovered by Dr. Eduardo Shimbori and Dr. Scott Shaw in the eastern Andes mountains of Ecuador. This parasitic wasp was named after Shakira since it causes its caterpillar host to shake and wiggle like the singer’s signature belly dance. It seems like biologists have a tendency to name wasps after celebrities. Aleiodes frosti is named after poet Robert Frost because of his poem “The Road Not Taken”. Other ‘celebrity species’ from Ecuador named by the two scientists include Ellen Degeneres (A. elleni), Stephen Colbert (A. colberti), Jimmy Fallon (A. falloni), and John Stewart (A. stewarti). 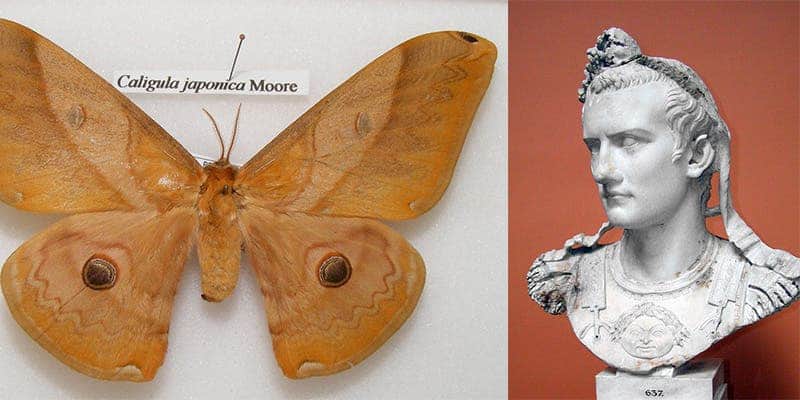 Caligula japonica, or Japanese giant silkworm, is a moth of the Saturniidae family. It is found in Eastern Asia, including China, Korea, Japan and Russia. It was first described in 1872. 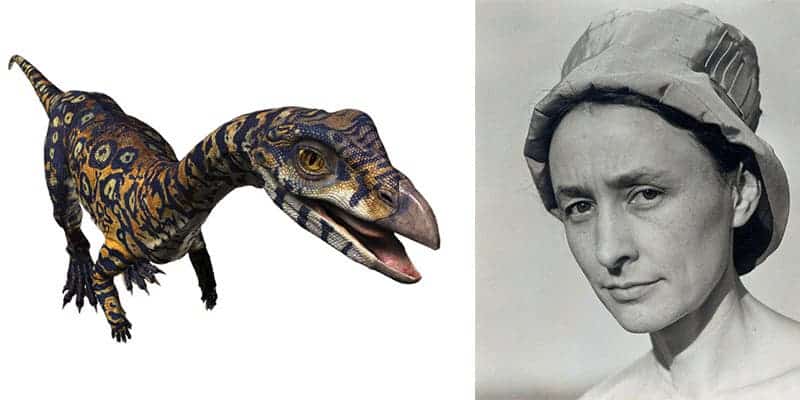 Effigia was excavated and collected by Edwin Colbert in the late 1940s. Not believing that any large vertebrates besides basal theropods like Coelophysis even lived at Ghost Ranch, the specimen was left to languish in a museum until 2006, when it was “rediscovered.” Although it looks like a six-foot-long, two-legged dinosaur,  it’s actually a distant cousin of today’s alligators and crocodiles. Effigia means “ghost,” referring to the decades that the fossil remained hidden from science. The species name, okeeffeae, honors the artist Georgia O’Keeffe, who lived near the site in northern New Mexico where the fossil was found. 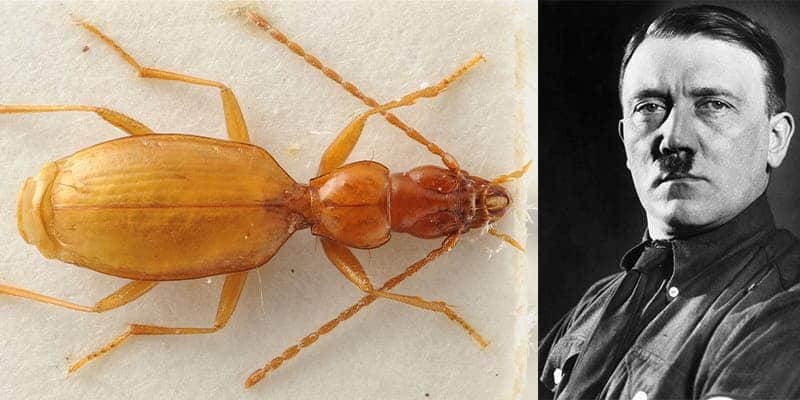 Anophthalmus hitleri is a species of blind cave beetle found only in five humid caves in Slovenia. German collector Oscar Scheibel named the bug Anophthalmus hitleri in 1933, in honor of Adolph Hitler, who only recently had become Chancellor of Germany. Touched, the Fuhrer sent a thank you note to Scheibel.

“I’m surprised they allowed it,” says Bob Allen, a research associate at the Academy of Natural Sciencies in Philadelphia, which has one of the world’s biggest insect specimens, though not a single anophthalmus hitleri. “I know they don’t allow you to name things after religious figures – you can’t have a jesusi or a mohammedi for example. I guess Hitler is OK though.” 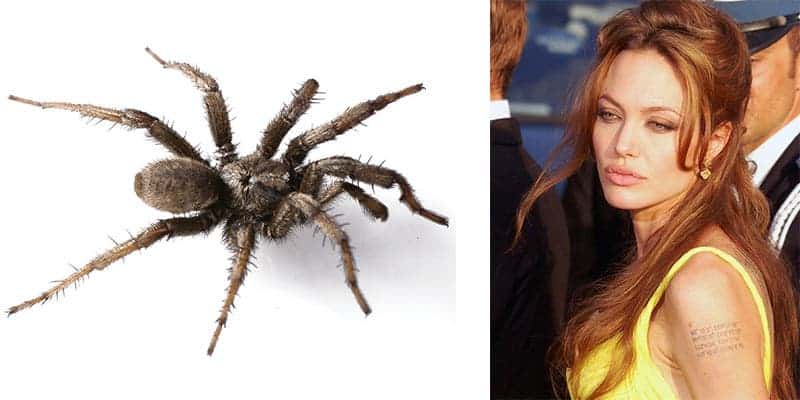 Jason Bond of Alabama’s Auburn University discovered Aptostichus angelinajolieae in 2013  in the California desert at Joshua Tree National Park. Bond identified 33 new species in the park, among which A. bonoi, named after U2 front man Bono 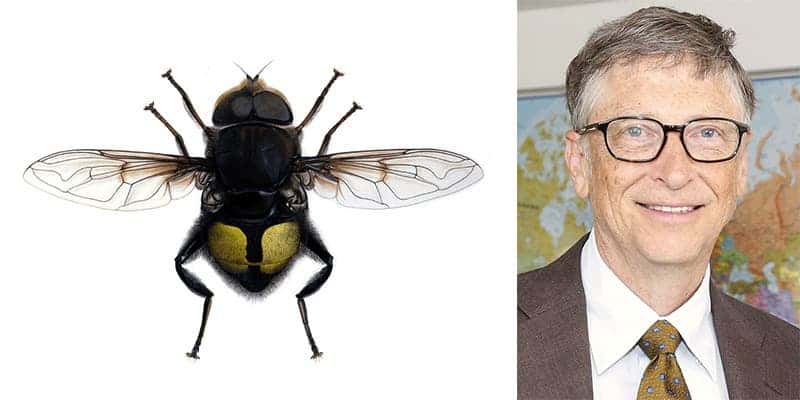 “Like geographic features (cities, mountains, rivers, etc.), species are sometimes named after prominent people. This species was named after Bill Gates in recognition of his great contributions to the science of Dipterology. Bill’s fly is only found in the high montane cloud forests of Costa Rica,” reads a text fragment explaining the association between Bill Gates’ name and an insect in Costa Rica.

Bill Gates has donated millions through his foundation to science programs from renewable energy to wildlife conservation. 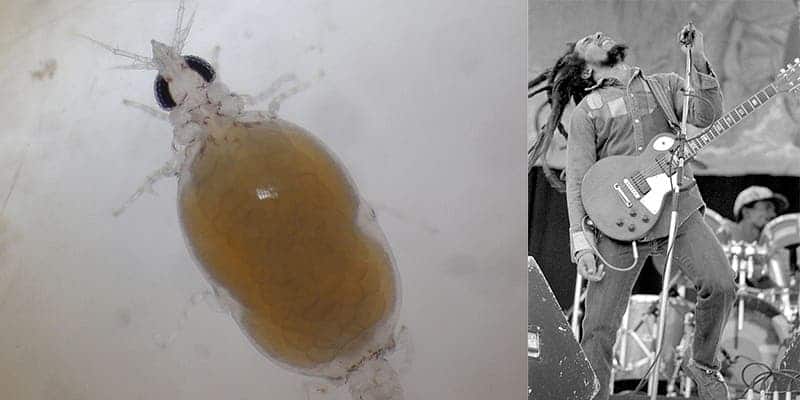 Paul Sikkel, an assistant professor of marine ecology and a field marine biologist at Arkansas State University named this  “gnathiid isopod” after  Bob Marley — the late popular Jamaican singer and guitarist. The animal is a small parasitic crustacean blood feeder that infests certain fish that inhabit the coral reefs of the shallow eastern Caribbean.

“I named this species, which is truly a natural wonder, after Marley because of my respect and admiration for Marley’s music. Plus, this species is as uniquely Caribbean as was Marley,” Sikkel said. 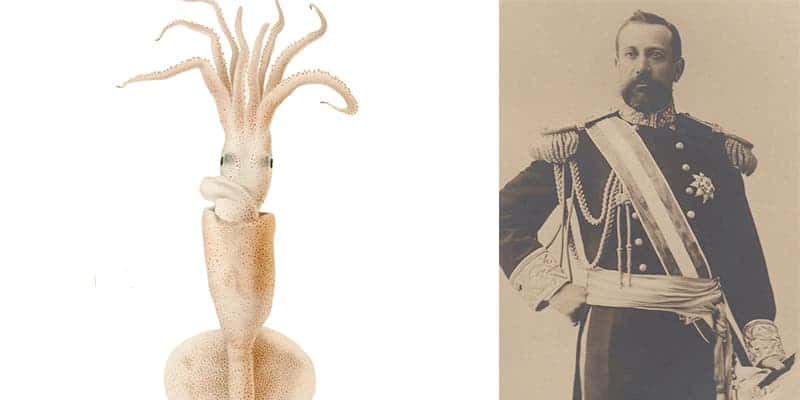 Prince Albert I of Monaco was an amateur teuthologist who pioneered the study of deep sea squids by collecting the ‘precious regurgitations’ of sperm whales. He devoted much of his life to oceanography, but also made reforms on political, economic and social levels, bestowing a constitution on the Principality in 1911. Grimalditeuthis bonplandi , named after prince Albert’s family (Grimaldi), is a deep-sea squid whose tentacles glow.