A duo of astronomers from CalTech may have found another planet, far away in our solar system.

by Dragos Mitrica
in Astronomy, News, Remote sensing
A A

A duo of astronomers from CalTech may have found another planet, far away in our solar system. The object, for now nicknamed Planet Nine is believed to be 10 times bigger than Earth and orbit 20 times farther from the sun than Neptune – which is why we haven’t found it until now.

The same man that was responsible for de-classifying Pluto as a planet may have brought us a replacement. Mike Brown and Konstantin Batygin revealed evidence that a large planet may be orbiting the outskirts of our solar system.

“This would be a real ninth planet,” says Brown, the a Professor of Planetary Astronomy at CalTech. “There have only been two true planets discovered since ancient times, and this would be a third. It’s a pretty substantial chunk of our solar system that’s still out there to be found, which is pretty exciting.”

They haven’t actually seen the planet so there is still a lot of possible debate about this discovery. Instead, they calculated its effect on a number of objects from the Kuiper Belt, the circumstellar disc beyond the known planets.

It all started when a former postdoc of Brown’s, Chad Trujillo, and his colleague Scott Sheppard published a paper noting that 13 of the most distant objects in the Kuiper Belt  have a very strange, but similar orbit. Basically, the Kuiper Belt Objects (KBOs) were aligning in a strange way, without any consistent explanation.

Brown took this observations to Batygin who is a theorist and together they tried to explain what was happening.

“I would bring in some of these observational aspects; he would come back with arguments from theory, and we would push each other. I don’t think the discovery would have happened without that back and forth,” says Brown. ” It was perhaps the most fun year of working on a problem in the solar system that I’ve ever had.”

After eliminating several possibilities that seemed likelier, they tried a new model, almost by accident – that of a new, large planet. They were skeptical themselves of the idea, but time after time, the model was consistent.

So they set out to make just that: testable predictions; one of these predictions stated that there would be objects in the Kuiper Belt on orbits inclined perpendicularly to the plane of the planets. Batygin kept finding evidence for these, and that’s when they finally realized there might be a planet after all. Brown himself was stunned:

“Suddenly I realized there are objects like that,” recalls Brown. In the last three years, observers have identified four objects tracing orbits roughly along one perpendicular line from Neptune and one object along another. “We plotted up the positions of those objects and their orbits, and they matched the simulations exactly,” says Brown. “When we found that, my jaw sort of hit the floor.” 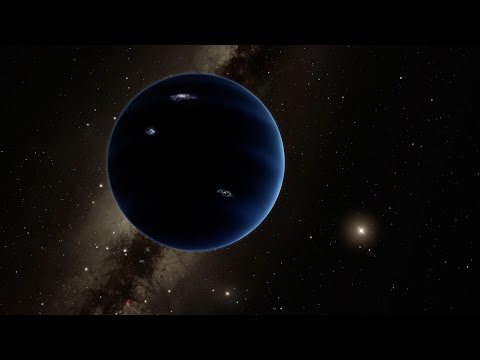 Of course, they tried actually looking for the planet, but that’s a needle in the haystack type of situation. The planet’s exact location isn’t known, only its rough orbit.

“I would love to find it,” says Brown. “But I’d also be perfectly happy if someone else found it. That is why we’re publishing this paper. We hope that other people are going to get inspired and start searching.”

Their results were accepted and published in The Astrophysical Journal which in itself is an achievement – it means that the scientific community is at least taking this discovery seriously. But not everyone is convinced.

“I have seen many, many such claims in my career, and all of them have been wrong,” Hal Levison, a planetary scientist at the Southwest Research Institute, who was not involved in the study, told Nature.

But if anything, this oddball planet would make our solar system more like others we’ve observed.

Unfortunately, we’ll have to wait (possibly a long time) before observations prove or disprove this theory. If it is confirmed though, then it truly is a remarkable find. It would be the first new planet since the discovery of Neptune – also a mathematical prediction by Urbain Le Verrier in 1846.

“In more than 150 years, we have the first observational evidence that the planetary census of the solar system is incomplete,” said Batygin, the study’s lead author. “We’re truly living in a special time.”

Journal Reference: Evidence for a Distant Giant Planet in the Solar System.