Mysterious Russian idol is the oldest wooden object in the world

More than twice the age of the Stonehenge, the Shigir Idol has been recently dated to 11,000 years ago, which makes it the oldest wooden object in existence by far. The idol is also covered with some drawings which may actually be a written language that no one understands.

by Mihai Andrei
in Anthropology, Archaeology, News
Reading Time: 4 mins read
A A
Share on FacebookShare on TwitterSubmit to Reddit

More than twice the age of the Stonehenge, the Shigir Idol has been recently dated to 11,000 years ago, which makes it the oldest wooden object in existence by far. The idol is also covered with some drawings which may actually be a written language that no one understands. 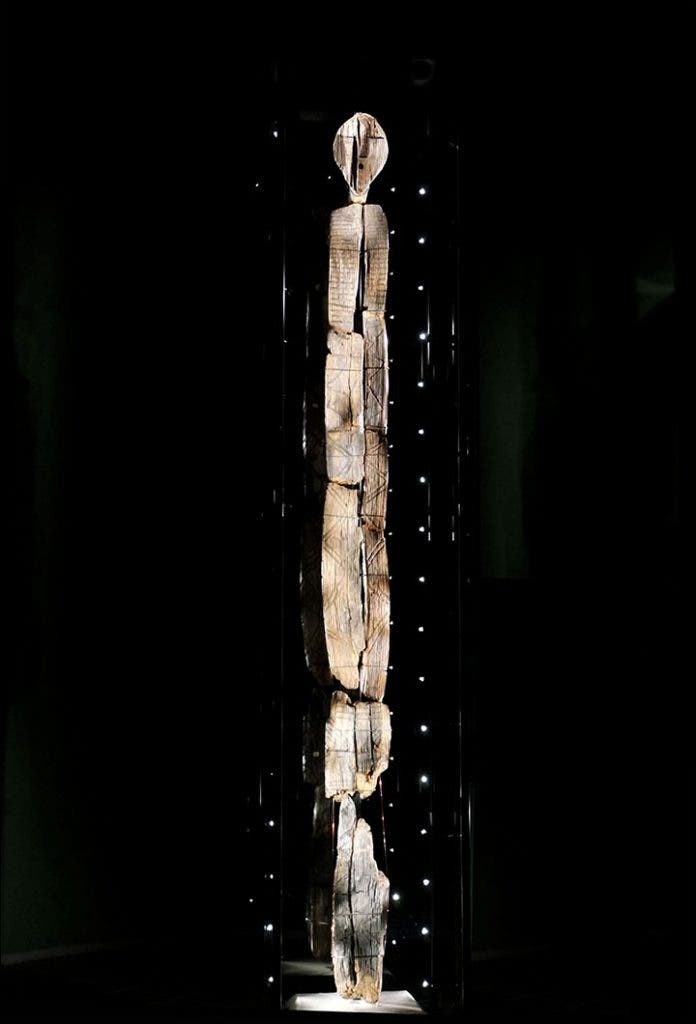 The idol was originally discovered in 1897, and the first carbon dating was done 100 years after that, but was shown to be somewhat inaccurate. Now, we know with satisfactory certainty how old the idol truly is.

“We can say the results are sensational,’ said a source at Sverdlovsk Regional History Museum, where the breathtaking monument is on display.The first attempt to date the idol was made 107 years after its discovery, in 1997. The first radiocarbon analyses showed that idol was 9,500 calendar years old, which led to disputes in scientific society. To exclude doubts, and to make the results known and accepted, a decision was made to use the most modern technologies to date the Idol again.”

The fact that we are able to distinguish, scientifically, not only how old this statue is, but how old the tree from which it was made was, is astonishing.

“Researches were conducted in Mannheim, Germany, at one of the world’s most advanced laboratories using Accelerated Mass Spectrometry, on seven minuscule wooden samples. The results were astonishing, as samples from inside parts of the Idol showed its age as 11,000 calendar years, to the very beginning of the Holocene epoch. We also learned that the sculpture was made from a larch which was at least 157 years old” 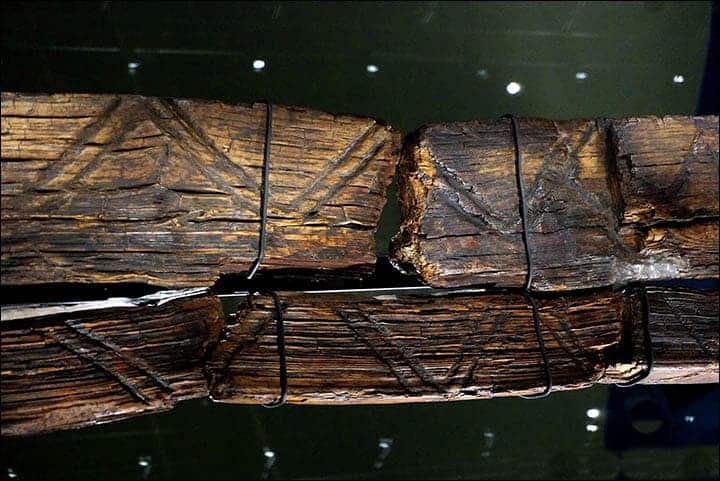 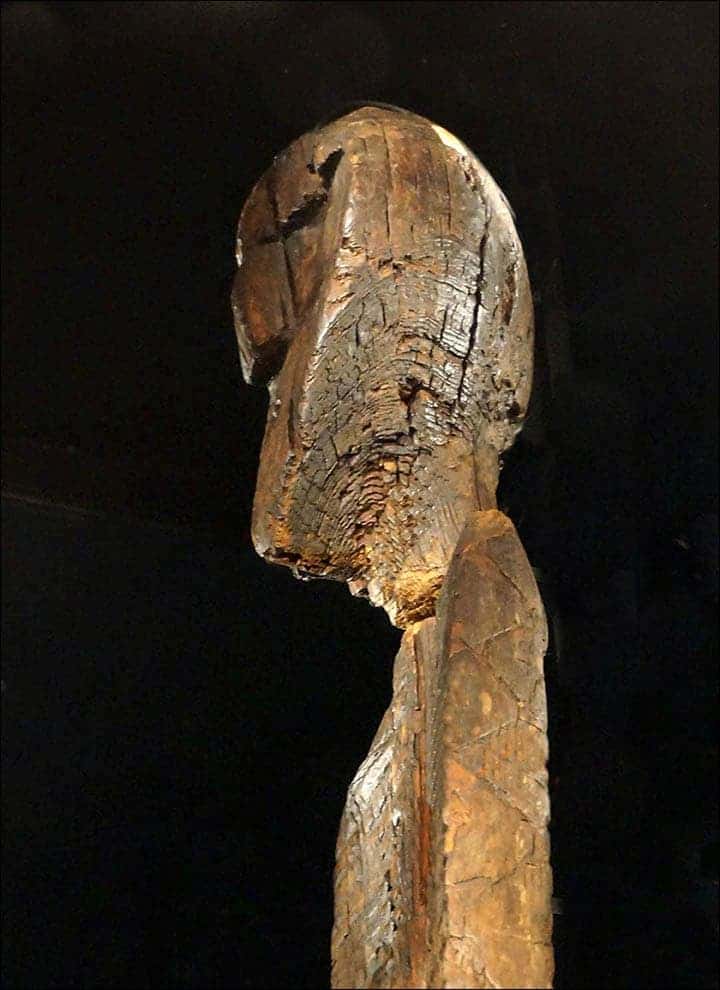 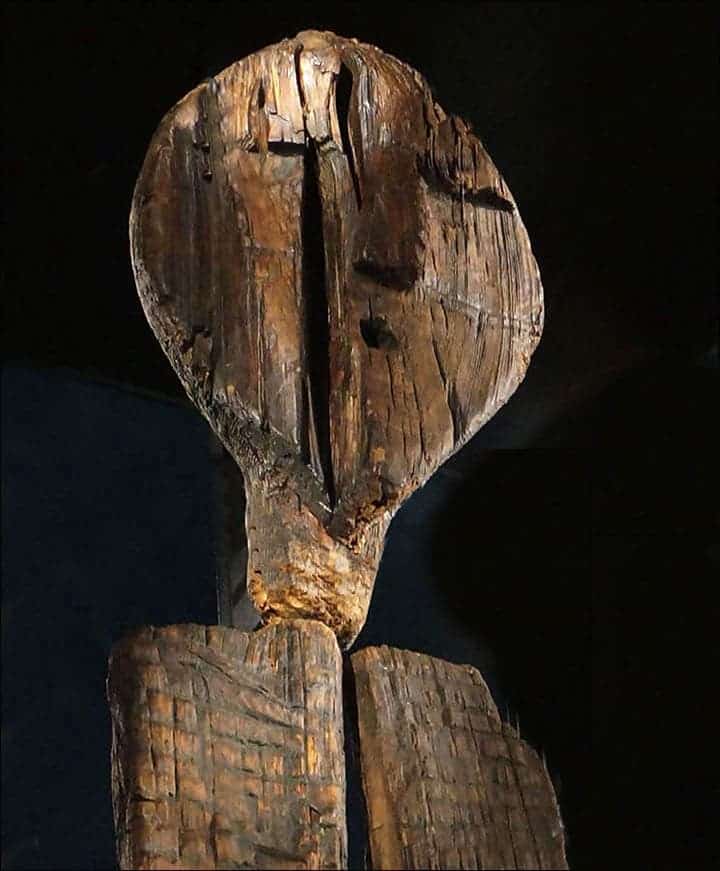 The statue dates from the very start of the Holocene – the current geological era, and the time when mankind was just emerging as the dominant species. We don’t know who made it or why – it may have been an ancient civilization, or simply one or several artists from a tribe. We also don’t know if the carvings are simply decorations or if they somehow convey language. For now, they remain a mystery, but they are quite suggestive – scientists believe they symbolize a belief system and perhaps an entire religion, and the idol was used to pass down knowledge from generation to generation.

“If these are images of spirits that inhabited the human world in ancient times, the vertical position of figures (one above the other) probably relate to their hierarchy,’ said author Petr Zolin, citing scientific work by Svetlana Savchenko, chief keeper of Shigir Idol, and Zhilin. Images on the front and back planes of the idol, possibly indicate that they belong to different worlds.If there are depicted myths about the origin of humans and the world, the vertical arrangement of the images may reflect the sequence of events. Ornaments can be special signs which mark something as significant.”

Professor Mikhail Zhilin, leading researcher of the Russian Academy of Sciences’ Institute of Archeology expressed sentiments of awe and reverence:

“We study the Idol with a feeling of awe. This is a masterpiece, carrying gigantic emotional value and force, a unique sculpture; there is nothing else in the world like this. It is very alive, and very complicated at the same time. The ornament is covered with nothing but encrypted information. People were passing on knowledge with the help of the Idol.” 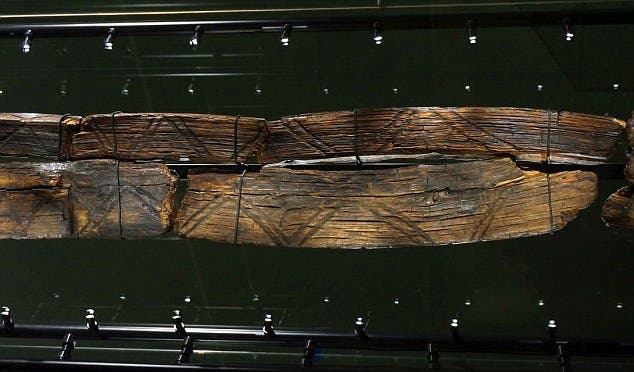 In case you’re wondering just how this wood got preserved so well, it’s because it somehow got stuck in a peat bog – a very acidic environment that’s also very low in oxygen, so decomposing bacteria find it very hard to survive there.

All images via Siberian Times.