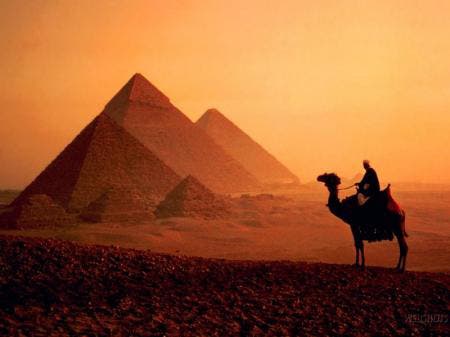 A dozen and a half pyramids

The survey also detected 1,000 tombs and 3,000 ancient settlements, using infrared images to detect the underground buildings; the satellites were equipped with cameras that could pinpoint objects on the Earth’s surface as well as highlight objects located beneath the surface. The work was sponsored by a NASA laboratory from Birmingham, Alabama.

“To excavate a pyramid is the dream of every archeologist,” Sarah Parcak who led the project said.

Egyptian archaeologists also opened the tombs of seven men, some of which were in the service of king Tutankhamen, to tourists.

Egyptian tourism has received a major blow due to the revolution that overthrew the government, practically reducing the number of tourists by more than half. The authorities hope that this new opening of tombs and pyramids will help reduce the drastic effects and that the Saqqara area will once again bring the huge numbers of tourists it used to.

The number of tourists to Egypt fell 46 percent in the first quarter, Reuters reported Sunday.