by Mihai Andrei
in Archaeology
Reading Time: 3 mins read
A A
Share on FacebookShare on TwitterSubmit to Reddit

The King’s Knot, a geometrical earthwork located in the royal gardens near Sterlin castle has been covered in mystery and speculation for centuries. The formation, as it is today, is believed to be from around the 1620, but it’s center part is believed to be much, much older. So much older that we could be very well talking about six centuries earlier, in the legendary time of King Arthur and Merlin; however, this has been nothing more than wishful thinking and speculation – until now that is. Geophysics came to the aid of archaeology, and new extremely interesting and important data has been brought to light. 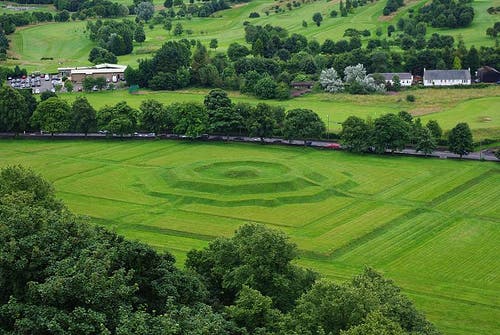 Archaeologists from Glasgow University, working with the Stirling Local History Society and Stirling Field and Archaeological Society, have conducted the first ever thorough and non invasive study of the area in an attempt to shed some light on its fascinating history.

“Archaeologists using remote-sensing geophysics, have located remains of a circular ditch and other earth works beneath the King’s Knot.”, said historian John Harrison, chair of the SLHS, who initiated the project. “The finds show that the present mound was created on an older site and throws new light on a tradition that King Arthur’s Round Table was located in this vicinity.”

Stories about the legendary Round Table have been passed on for generations until this day, and there are also a number of writings depicting the artefact in the area. In 1375, Scottish poet John Barbour said that “the round table” was south of Stirling Castle, and in 1478 William of Worcester told how “King Arthur kept the Round Table at Stirling Castle”. 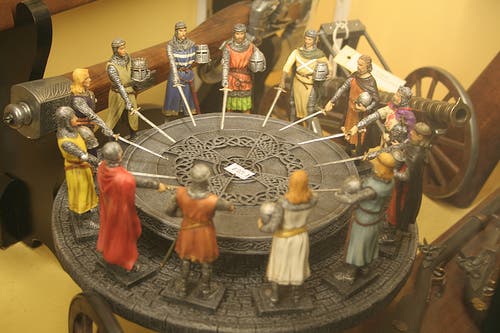 The site seems to date back until the Iron Age, and there is also proof indicating that it was used as a Roman outpost. Mr Harrison, who has studied the King’s Knot for 20 years, said:

“It is a mystery which the documents cannot solve, but geophysics has given us new insights. Of course, we cannot say that King Arthur was there, but the feature which surrounds the core of the Knot could explain the stories and beliefs that people held.”

“This investigation is an exciting first step in a serious effort to explore, explain and interpret them. The results so far suggest that Scotland’s monarchs integrated an ancient feature into their garden, something we know happened in other countries too.”, said archaeologist Stephen Digney, the project’s coordinator. “We are looking forward to the next stage in September when we hope to refine some of the details.”

Indeed, the investigations are only in the primary stages, but the results seem quite promising. We will keep you posted about this fascinating site.