The most balanced and thoughtful Tesla biography to date. With this book, Carlson shines new light on Tesla's legacy.

by Tibi Puiu
in Books
Reading Time: 7 mins read
A A
Share on FacebookShare on TwitterSubmit to Reddit 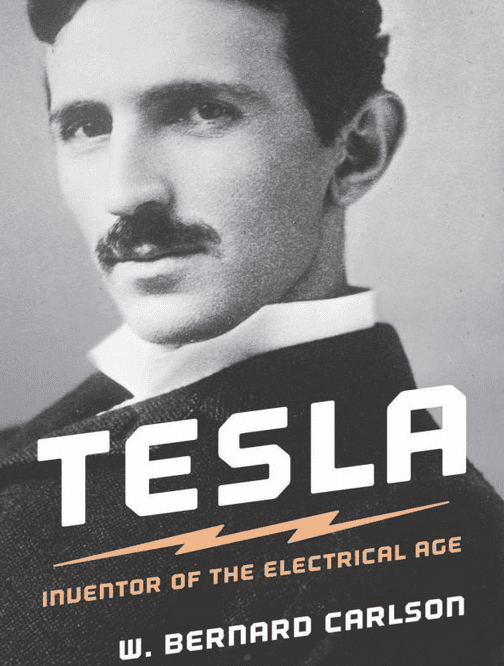 As one of the few scientists who enjoyed popular adulation both during his lifetime and postmortem, Nicola Tesla is arguably one of the most interesting personalities of the modern age. An accomplished inventor of fantastic genius, Tesla set out to change the world. The technology he introduced to society was revolutionary, but Tesla also shined through his showmanship. His eccentric exhibitions and lectures earned him the name the Wizard, seeing how his work must have seemed like nothing short of magic to most attendees. It’s no wonder he was included in The Prestige, played by none other than David Bowie.

No doubt about it, Tesla was a formidable genius and one of the most inspirational rag to riches stories. Born in a humble, yet highly gifted Serbian family, the young daydreamer showed an inclination towards invention at a very early age. He studied in Graz, Budapest and Prague, worked as an engineer for the Edison Company in France before landing on the shores of the US. Within ten years, he would rise like a meteor from a penniless technician to one of the most well regarded scientists in the whole modern world.

It’s easy to fall in the trap of glorifying Tesla, though. Pop culture often loses sight and treats his memory like an ideal. We must not forget that Tesla was but a man, albeit genius, with his own human flaws, some no different than most people. This is why I felt great relief and admiration for the work of W. Bernard Carlson, who wrote quite possibly the most objective and balanced Tesla biography to date, titled “Tesla: Inventor of the Electrical Age“.

The book is really thorough and begins with an introduction of Tesla’s father, Milutin, and a description of his hometown, both of importance to the greater context, before delving into the Wizard’s childhood. This is where we learn a great deal about the Wizard and how these early experiences went on to shape his life and, consequently, inventions. Events like the death of his older brother, also brilliant by all accounts, which left him with huge shoes to fill. We can notice from Carlson’s accounts, who does a great job at compiling and shifting through tones of letters, interviews, biographies and papers, that Tesla wanted to make his family proud. This specter will go on to haunt him long after his days in Serbia or Europe for that matter. We also learn of recollections of some form of mental condition: Tesla would often have episodes in which flashes of light would suddenly appear, alongside images.

Most often than not he could not tell whether what he was seeing was real or not, and in time he learned to cope with his condition. In fact, he used it as a fantastic creative driver and tool. The great inventor confesses on multiple occasion, either in letters, interviews or his own auto-biography that he was able to envision an invention from working principles, to the very first nuts and bots, to the finished product all in his mind. He could even imagine the machine function and even saw with his mind’s eye traces of wear on the machine. That’s some hard-core mental simulation.

“My method is different. I do not rush into actual work. When I get an idea I start at once building it up in my imagination. I change the construction, make improvements and operate the device in my mind. It is absolutely immaterial to me whether I run my turbine in thought or test it in my shop. I even note if it is out of balance. There is no difference whatever, the results are the same. In this way I am able to rapidly develop and perfect a conception without touching anything. When I have gone so far as to embody in the invention every possible improvement I can think of and see no fault anywhere, I put into concrete form this final product of my brain. Invariably my device works as I conceived that it should, and the experiment comes out exactly as I planned it. In twenty years there has not been a single exception. Why should it be otherwise? Engineering, electrical and mechanical, is positive in results. There is scarcely a subject that cannot be mathematically treated and the effects calculated or the results determined beforehand from the available theoretical and practical data. The carrying out into practise of a crude idea as is being generally done is, I hold, nothing but a waste of energy, money and time.”

Sounds superhuman, doesn’t it? Again, it’s things like these that further mystify and transform Tesla into an icon. That and tales of wireless transmission of electricity and promise of free, unlimited energy – but we’ll get to that soon enough. In the book, however, Carlson treats his role as a historian seriously and sets the record straight. He provides balanced insight into Tesla’s genius to illuminate the factors behind Tesla’s ascent to fame and tragic downward spiral.

As an engineer, what really caught my eye about this book is that it didn’t ignore the science behind Tesla’s inventions. Most Tesla biographies talk how the Wizard’s inventions changed the world – the effects, basically. Carlson isn’t afraid to get technical and on numerous occasions explains the underlying working principles behind Tesla’s machines, as well as his toils. Thus we’re brilliantly introduced into Tesla’s methods that helped him invent such machines like his 3-phase AC generator, radio, radio controlled boat (my favorite) and a myriad of oscillators, transforms or other systems for transferring electricity. In all, Tesla was granted some 300 patents. He even discovered X-rays by accident and independently of the German physicist Wilhelm Röntgen’s research. Smartphones and solar panels were also envisioned by the great inventor.

“What the result of these investigations will be the future will tell; but whatever they may be, and to whatever this principle may lead, I shall be sufficiently recompensed if later it will be admitted that I have contributed a share, however small, to the advancement of science.”

Carlson also brilliantly shares with the readers some other form of technicality – Tesla’s marketing approach. Guided by his early mentors, Charles Peck, an attorney, and Alfred S. Brown, a superintendent at Western Union, Tesla perfected a technique for earning his royalties as an inventor which can be summed up with patent – demonstrate – sell. The demonstrate part is of great importance. Carlson delicately unfolds how Tesla employed an intricate process in which he presented ‘illusions’. Because Tesla’s goals and insights were far too grand for the general public and, most importantly, general wealthy investor, he had to develop all sorts of techniques in which he showcased the utility of his inventions. Make a really big idea smaller to bridge the gap. Hence, the eccentric lectures like those where he would zap his body with millions of volts. He must have seemed like a circus freak at times, but the method worked for the most part until Tesla went overboard and started making claims he couldn’t deliver…

Tesla greatest project, however, was a system for wireless transfer of energy. About 120 years ago at the 1893 World Fair in Chicago, Tesla demonstrated that you could wirelessly transmit electricity by firing up a series of phosphorous light bulbs in a process he called electrodynamic induction. He dreamed that such technology would allow us to one day shoot power over long distances in the atmosphere, supplying distant destinations with the energy needed to live comfortably. To that end, he constructed Wardenclyffe Tower in Shoreham, Long Island, which was to function as a wireless telecommunications facility and broadcast electrical power. He never completed his the construction as intended since the ‘Great Man’, JP Morgan, withdrew and stopped financing Tesla after only one round worth $150,000. It’s important to note that while this sum was very substantial for those times, it was still pocket money for Morgan. Another $150,000 wouldn’t have hurt him, so why did he turned his back on Tesla? One famous theory is that JP Morgan cut funding because Tesla’s invention would provide free energy and Morgan along with fellows wealthy bankers would go broke. Carlson offers a more realistic reason why Morgan cut Tesla’s funding and also highlights why Tesla’s wireless energy system was doomed to fail from the beginning, but I won’t spoil it for you. Go and read this book. Seriously, it was amazing!

“The world, I think, will wait a long time for Nikola Tesla’s equal in achievement and imagination.” Edwin Armstrong